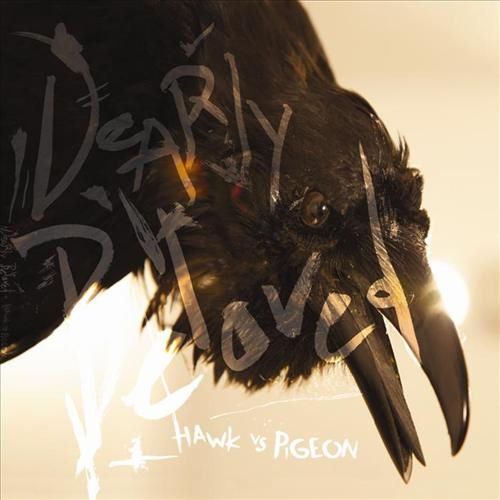 Recorded entirely in Rancho De La Luna, this rock-infused, trippy, and downright fearsome album is delivered by the twosome Dearly Beloved. Barging its way through 12 tracks of stormy, experimental guitars, the band – comprising Canada’s Rob Higgins and Niva Chow – succeeds in completing a compelling, and totally bonkers album. From the jovial bounce of opener Living Proof, Dearly Beloved channels the playful nature of the Arctic Monkeys, and yet somehow manages to master the rigid formulaic stomp of the White Stripes on tracks like She.

Big hooks are prevalent and neck-snapper Never Tell the Truth  reeks of summer sing-along festivities matched with unrelenting drums. Whilst acutely constructed and wonderfully chaotic, Higgins’ vocals occasionally lack the depth that the music succeeds in breathing so fluently. This slight gap is the only factor keeping Dearly Beloved and their million-selling counterparts at an arm’s length sonically. However, judging from Hawk Vs Pigeon, they are not really too far behind. www.dearlybelovedmusic.com.