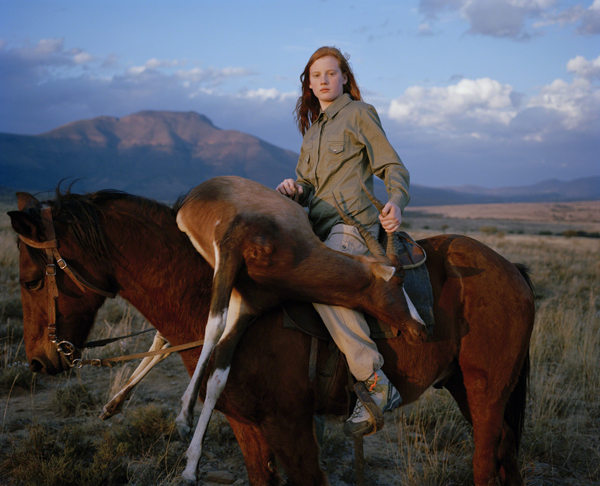 In 2010, David Chancellor won the Taylor Wessing National Portrait Prize with his iconic portrait of fourteen year old girl, Josie Slaughter, riding horseback with her trophy of a hunted dead buck. This image, Huntress with Buck, forms part of Hunters, the UK’s most comprehensive exhibition of Chancellor’s work to date and is due to go on display at Impressions Gallery, Bradford on 7 October.

Exhibiting many images for the first time, Hunters explores the complex relationship between humans and animals, specifically through documentation of the game hunting industry in Sub-Saharan Africa. Historically a source of revenue for colonial governments, trophy hunting has now become an extremely controversial major industry, which generates over 200 million dollars per year across 23 African countries.

Over the course of six years, Chancellor captured many areas of big game hunting and by embedding himself within hunting groups, gaining access into the pseudo-wilderness reserved for this unique kind of tourism and which is usually off-limits to outsiders. Chancellor’s resulting insider view of the pursuit has culminated in a series of compelling and intimate portraits of hunters with their prey, as well as local workers reliant on the industry for their livelihood.

Chancellor’s exhibition not only documents the industry in process, but also extends to images portraying the idea of the ‘trophy’ itself with images of the taxidermy process and hunters’ trophy rooms. This final series reveals lavish, yet disturbing, spaces adorned with souvenirs in the form of heads, hides and horns of dead animals.

Chancellor has increasingly turned his focus onto documenting man’s commodification of wildlife, and together these meticulously detailed images offer an insight into what the photographer describes as the ‘Wildlife Industry;’exploring issues of welfare, conservation and the ethics of an unconventional type of tourism. 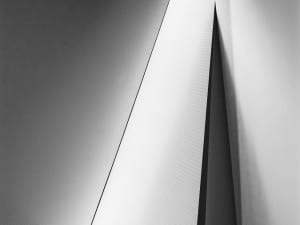 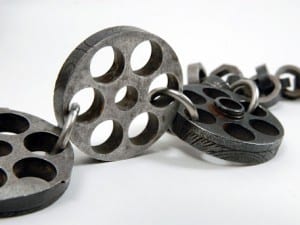 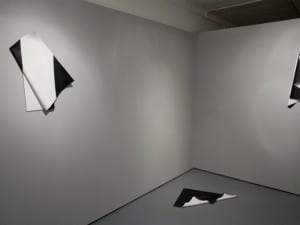 Join leading contemporary artist and Aesthetica Art Prize finalist Deb Covell at the first in a series of talks that will discuss and debate developments in the art world. Starting on 23 April, the talks run on Wednesdays from 12.30 – 1pm at York St Mary’s.