The 39th London International Mime Festival focuses on the spaces between theatre and dance, playing with language, movement and making the invisible visible.

Britain has a vibrant history of theatre: from Shakespeare and Marlowe to Coward, Ayckbourn and Bennett, the country has long produced work of incredible literary quality. Alongside this more traditional theatre though, there has been a slow but methodical growth of other, wordless performance forms: the influence of Marie Rambert on British dance and Sadler’s Wells new management under Lilian Baylis in the 1920s saw this art form expand in popularity. Circus has been a feature of British life since the late 1700s and puppet theatre is thought to stem back to the medieval times, with the first Mr Punch show recorded by Samuel Pepys in 1662.

The interest that these sorts of shows hold for audiences endures: the London International Mime Festival is the longest-established annual theatre season of its kind and attracts a varied audience to shows across the city every January. Joseph Seeling, the founder and co-director of the festival says that when they launched in 1977 they were delighted when it was “an amazing success, much more than we could have imagined. There was an audience for this sort of work and so we thought – let’s do it again.” They did and build upon their success year on year, while 2015’s edition sees the festival celebrates its 39th anniversary. As The Times stated: “The outlook of the London International Mime Festival of mime remains evergreen, varied and vital.” After four decades, it’s a true testament to their innovation.

Seeling freely admits that the title may be a little misleading: “If you like mime there isn’t very much in the festival that would meet your expectations.” It is an historic title, something that has been there since the very beginning and doesn’t seem to have hampered their success at all: “Our audience know what the festival is all about.” Rather than a festival of mime, the London International Mime Festival is a season of primarily non-verbal, visual work. This can range from puppetry to physical theatre, acrobatics, dance-theatre and juggling as well as anything else that can be imagined in-between. Seeling describes it as: “Everything from A–Z that isn’t dance or theatre.”

It is work that makes the “invisible visible” and uses physicality to create empathy: “Our shows don’t attempt to replace words but there are all sorts of emotions that are just as forcibly and beautifully expressed without language.” One such show is 32 rue Vandenbranden from Belgian company Peeping Tom. Making their UK debut at the Barbican Theatre, Peeping Tom have created an unforgettable piece of theatre that tends more towards the dance end of LIMF’s programming. Set in an icy and foreboding winter landscape, it explores the vulnerabilities of a small mountain community and how the pervasive loneliness of such an environment can make people susceptible to their subconscious. Beautiful and uncompromising, the show includes an unsettling soundtrack with Pink Floyd and Stravinsky sung by a mezzo-soprano as well as six performers moving to hypnotic choreography.

There are other elements of dance in the festival too: at Sadler’s Wells, the Olivier Award nominee Aurélien Bory presents his new work, Plexus, created for the extraordinary Japanese dancer Kaori Ito. The third in a series of dancer histories that Bory has explored, Plexus showcases Ito’s unique and incredible journey as a dancer by looking at how she contains her movements within a reactive space and encouraging her body to respond with physical habits and muscle memory. Seeling considers Bory a genius, he says: “It’s completely exquisite and beautiful. I think it’s utterly fabulous.”

It’s no coincidence that the two productions that are closest to being considered dance have been programmed at Sadler’s Wells and The Barbican. As Seeling explains: “You get a certain sort of audience at the Barbican and a very different one at the Southbank Centre. We look for work that would be suitable for the locations and to a certain extent the people who frequent them. The support of the venues is absolutely crucial and I cannot emphasise enough just how helpful it is.” This extends beyond the actions of the staff and into the reputations of the theatres themselves: “They are all prestigious central London arts complexes. That’s very important to us – if you’ve got a festival with a name like ours people tend not to take it very seriously, but if you can say it’s at the Southbank or the Barbican, people do.”

This year the festival also has performances at Platform Theatre, a new performance space in King’s Cross, part of the Central St Martins Granary Complex, a restored building housing the world famous arts college. Seeling is delighted with the new venue: “It’s gorgeous. A beautiful, old building and a brand new, exciting theatre. Something London should be jolly proud of.” It is likely this location will draw yet another type of audience to LIMF: the production on stage there is Bromance, by Britain’s award-winning young acrobat group, Barely Methodical Troupe. Taking home the Edinburgh “Total Theatre” Award, these circus artists are generating a solid buzz and have created a show that is “poetic and personal.”

It’s yet another reminder that circus is alive and well in the UK, especially within these kinds of festivals. In recent years, the circus arts have had a resurgence with several productions both traditional and immersive introducing this type of work into the performances. Something that Seeling says suggests there would be more of this work programmed if there were the resources for it: the suitability of the venues he selects extends beyond the audience they attract and into the actual dimensions of the physical space itself. “There aren’t that many theatres in London that are suitable for the work that we do. The place that is probably the best for it is the Linbury Studio at the Royal Opera House. It’s a theatre with a big stage and it’s very tall.” Height is a key element for these productions: a lot of the works using circus or aerial performance need the ceiling space that tall buildings offer.

For Seeling, the popularity of circus, as in all the shows he programmes, lies in the combination of the visual and the physical. “On the one hand it’s because there is no language barrier. There are vast numbers of people in this city without English as their first language and we are putting on work that is universally accessible. But it’s also because people love to see physical feats incorporated within the story.” He points to two of the West End’s most beloved shows as an example, War Horse and The Lion King, the former performed with very famous puppets from Handspring and the latter directed by a puppeteer who trained at physical theatre school, L’École Internationale de Théâtre Jacques Lecoq (Julie Taymor).

Puppetry is also present in this year’s London International Mime Festival. Basil Twist, another American who comes via France, is a third generation puppeteer and was part of the creative team of Kate Bush’s 2014 Before the Dawn concerts. Twist is renowned for incorporating music into his shows and he creates a lot of work with a Japanese musician called Yumiko Tanaka. Having brought a performance to the festival more than a decade ago, he returns in this next instalment with a spectacular visual journey inspired by Dogugaeshi, the Japanese art of creating illusion through perspective. “He’s a very serious artist. He has found an almost imperilled form of Japanese puppetry and has given it new life and brought it to wider audiences through this show.”

New life is at the heart of the festival and for nearly 40 years, the event has brought the best and most innovative non-verbal theatre from all corners of the world to London and its legacy endures. Seeling’s words about the London premiere of Amortale, from Belgium’s beloved circus troupe, Circus Ronaldo, sum up the entire nature of the festival: “It’s warm and atmospheric but terribly clever and sophisticated. It mixes opera, puppetry, magic, music and it’s wonderfully good fun. It’s unlike anything that you would normally see.” This type innovation is inspiring and long may it continue.

The 2015 London International Festival of Mime runs from 8 to 31 January at a variety of venues across London. For more information and to book tickets, please visit www.mimelondon.com. 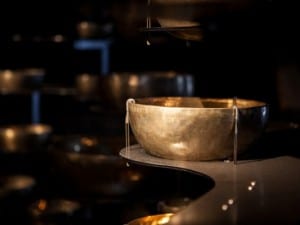 The Artangel Longplayer Conversation brings together Brian Eno and David Graeber to discuss present concerns and the long term potential for change. Eno is a cultural polymath, an artist, writer, and musician; Graeber is an activist. 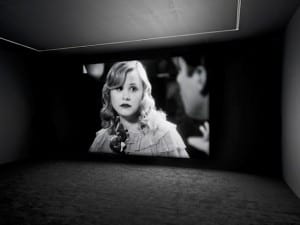