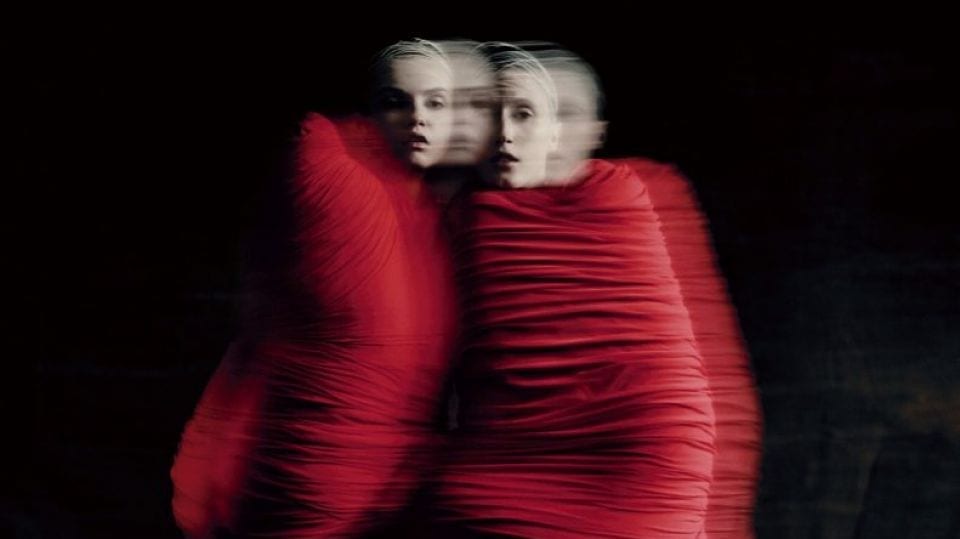 Known for avant-garde designs which challenge conventional notions of beauty and taste, Rei Kawakubo (b. 1942) has constantly redefined the aesthetics of our time. Since founding Comme des Garçons in 1969, the Tokyo-based designer has employed an inventive sensibility to disrupt fashionable norms and contest interpretation. Visually elusive, the ambiguous and perplexing styles defy expectation, existing between the boundaries of any single discipline. Art of the In-Between at The Metropolitan Museum Art, New York, is a thematic exploration of an indeterminate practice and features approximately 140 womenswear designs dating from the early 1980s to the present day.

Organised into nine dominant themes, the exhibition examines the recurring expressions of Absence/Presence; Design/Not Design; Fashion/Antifashion; Model/Multiple; High/Low; Then/Now; Self/ Other; Object/Subject; and Clothes/Not Clothes. The apparel on display occupies the spaces between these dualisms, exposing their arbitrariness and dissolving binary logic. By challenging traditional separations, the clothing defies classification whilst demonstrating the possibility for an endless reimagining of the female body.

Aiming to express both void and volume, the themes of both Absence/Presence and Fashion/Antifashion investigate concepts of “mu” (emptiness) and “ma” (space). Through the careful use of Buddhist symbols, a monochromatic colour palette and deliberate oversizing, Kawakubo creates designs which highlight excess space between body and garment. Unbound by concrete structures, the pioneering fashions remain obscure through the interplay of scupltural forms. Exploring hybrid identities, Self/Other and Object/Subject blur the boundaries of conventional definitions through fusions of culture, gender and age. These lines propose a radical rethinking of the human form through illusions of dysmorphia, threatening long established customs of taste.

Having received no formal training, Kawakubo adopts an intuitive approach to dressmaking, a process which usually begins with a single word or an abstract image which is then pursued through experimental methods of construction. Design/Not Design, for example, includes a dress from The Future of Silhouette collection which was inspired by a crumpled piece of paper.

The designer previously declared: “I don’t care about function at all” instead admitting to focusing on the modes of fusion, imbalance, elimination and absence of intent, rooted in a Zen Buddhist principle known as wabi-sabi. The resulting garments mirror architectural arrangements in an event which defies the divide between art and fashion.

Avoiding the use of the glass cases and traditional museum text, the show instead offers an immersive experience, encouraging direct engagement with the pieces on display. Intended to be a holistic environment, the exhibition presents the fashions as a Gesamtkunstwerk, or “total work of art” – rejecting static, detached styles of presentation. 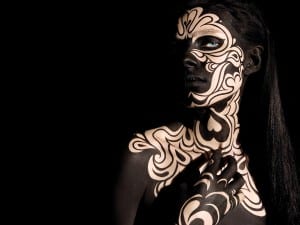 The Body is a Canvas

Challenging the boundaries of art and fashion, Alex Box’s inaugural exhibition fuses figures from the artist’s imagination onto the face. 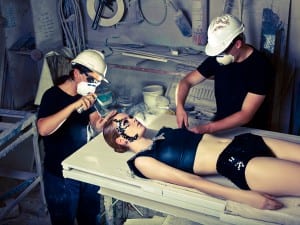 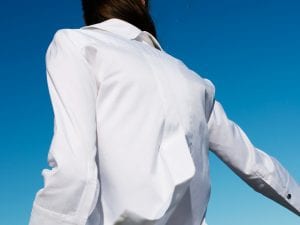 This selection of female-led fashion brands paves the way for the future of an ever-growing industry, responding to key 21st century issues.