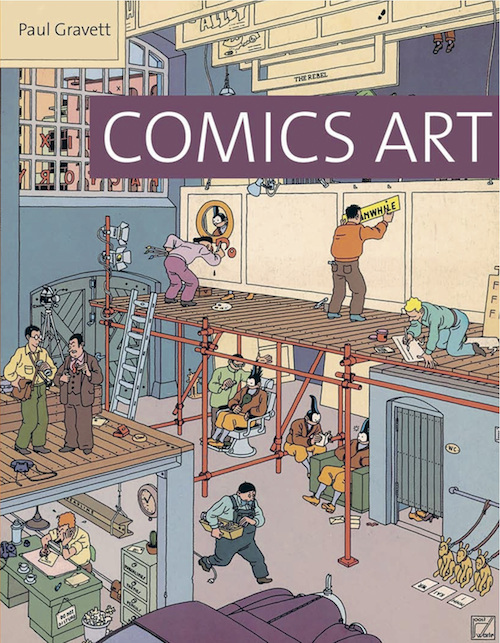 Paul Gravett’s painstakingly researched volume offers an eloquently elaborated polemic on the art of comics, populated with a staggeringly wide and diverse selection of the art it examines.

The text maps the history of the art within comics, charting the trajectory from its somewhat contested 19th century beginnings through to the place it occupies in the digital age. Gravett analyses the evolution of illustration through time (from “silent” to “talkies”) and across media, illuminating the shared influences between cinema storyboarding and the comic book format. The extraordinary sample of art showcased (Marc-Antoine Mathieu’s 3 seconds, for instance) exemplifies the nuanced ideas that can and have been communicated through this art form.

This is a gem of a book, offering a thorough argument for the validity of comic illustration as a sui generis art form. Supported by a tantalising, eclectic mix of artworks that make you want to rush out to buy the publications, the volume achieves what it set out to do by proving that comics are not just for a minority audience.