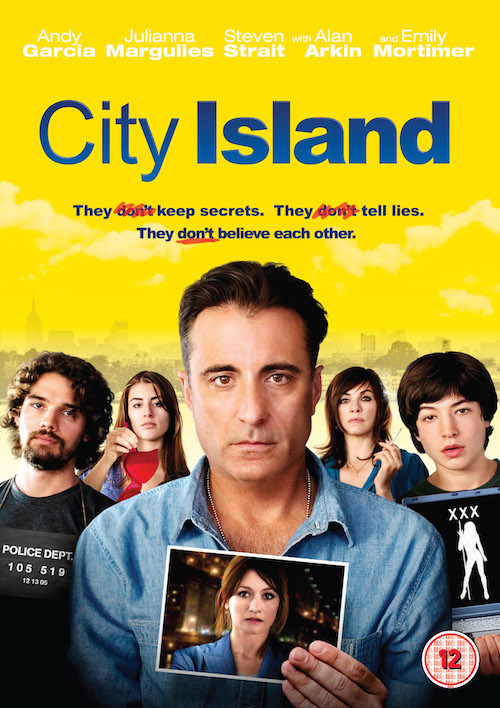 City Island is a touching and funny tale set in City Island, a quaint fishing village unexpectedly located in the midst of the Bronx. This non-sequitur is characteristic of the film, which follows the idiosyncratic lives of a dysfunctional family.

When Vince Rizzo (Andy Garcia) discovers that his secret illegitimate son, Tony Nardella, is an inmate at the prison where he works, he brings him home and employs him as a handyman to give him a chance at life. Tony quickly becomes privy to the family’s many secrets, including the youngest son’s sexual fetish for feeding large women, and before long the precarious family peace begins to disintegrate.

While the film offers nothing really unpredictable, it is a charming and comedic take on the family dynamic and all of the characters have a depth and tender charisma sweetly offset by absurdity. This is weakened slightly by Emily Mortimer’s irritatingly breathless character, Molly, who despite having perhaps the only real unexpected twist in the plot, never manages to seem like more than a superficial foil for Garcia’s character.