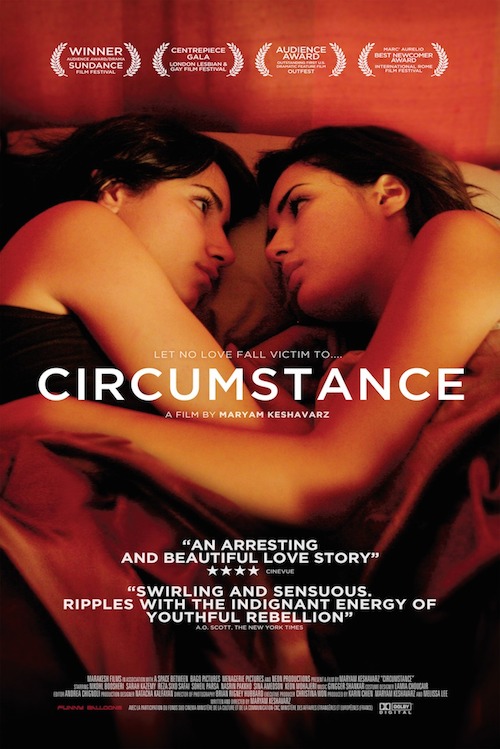 Winner of the Audience Award at Sundance Film Festival in 2011, Circumstance is a film set in contemporary Iran. Focusing on the unseen world of Iranian youth culture, the narrative develops around the relationship of two young girls, Atafeh and Shireen. The girls are discovering their sexuality, but it’s complicated as they live within a society with strict restrictions.

This is Maryam Keshavarz’s debut, and with a string of awards and a successful theatrical release in the USA, she has quickly become a rising star in the industry. A large portion of the film is based on her personal experiences; she spent her life living between Iran and the USA, and as a result had two very different experiences.

The cinematography is beautiful, and it’s a very accomplished piece of work, providing insight into a part of Iranian culture that you wouldn’t necessarily see in mainstream media. However, at times it feels like the film was made distinctly for an American audience. Nevertheless, Keshavarz shows a great deal of potential, and she’s certainly a director that any cinephile should keep an eye on.