This year from 6-9 November, in 15 dramatic, intimate and unique venues within the historic city of York, our now BAFTA Qualifying Aesthetica Short Film Festival screened over 300 films from 40 countries worldwide. For the past four years we have enjoyed transforming York into a pop-up cinema as houses, galleries, medieval halls, cinemas and theatres are opened up especially to create a varied and diverse viewing experience.

Every year we strive to offer our broad audience of families, filmmakers and film enthusiasts with a stunning selection of world-class, innovative works, with UK premieres from the next generation of filmmakers. We showcase a range of filmic styles spanning advertising, animation, artists’ film, comedy, dance, documentary, drama, experimental, fashion, music video and thriller.

Across this year’s festival, audiences were able learn more about the power of film with masterclasses from industry leaders such as BAFTA, Channel 4, Ridley Scott Associates and Double Negative, as well as daily networking sessions and this year’s Meet the Film Festivals event. During this brand new event filmmakers and programmers of some of the world’s most acclaimed film festivals were able to share good practice. Some of the festivals that attended were Raindance, London Short Film Festival, Edinburgh International Film Festival and Short Shorts Film Festival & Asia in Tokyo.

Our biggest evening event each year is, of course, the Awards Ceremony and after party, which closed the festival this year on 9 November in the stunning ballroom of the De Grey Rooms. A Grade II listed building built in 1841, and originally an officer’s mess for the Yorkshire Hussars, it was a glamorous setting for the ASFF finale, bringing the filmmakers and festival-goers together for one last evening. It was a fantastic night and emotions ran high as the top films in each genre were recognised with an award, as well as the overall Festival Winner prize which went to Alan Holly (also taking home Best Animation) for his hand-drawn animation Coda, a poignant and evocative piece that follows a lost soul through his life, guided by Death.

One of our other non-genre specific awards is The People’s Choice Award, which is selected by the ASFF audience to give attendees an active role and this year went to Kathryn MacCorgarry Gray for her characterful documentary, The Wolf, the Ship and the Little Green Bag. The film delves into the memories of three elderly ladies and uses animation to capture the individual spirit and character of each. Meanwhile, Phil Drinkwater and Tim Woodall won the York Youth Award as pupils from local schools voted their adolescent drama How to Disappear Completely as top.

Best Artists’ Film was awarded to Forgotten Memories from the End of the World by Danilo Godoy, a compelling film that debates our relationships with time and memory; Best Comedy went to Benjamin Bee’s Girl Power – featuring Alice Lowe, it’s a surprising study of the publishing industry’s twisted underworld – and the winner of Best Documentary was Lindsay Blatt for her epic film Herd in Iceland, which follows the migration of horses.

Transcending time and location to focus on the power of storytelling, the elegant Eine Gute Geschichte (A Good Story) by Martin-Christopher Bode won Best Drama, while the winner of the Best Experimental film was the French/Scottish Léthé by Harald Hutter of the Scotland Screen Academy. Filmed on 16mm, it is hypnotic and timeless, with a tactile visual appearance now often lost in cinema. Best Music Video was also experimental: playing with projection, light and space, Robert Hackett’s Public Service Broadcasting: Night Mail. Finally, Best Thriller was awarded to Michael Pearce’s dark, sensational film Keeping Up with the Joneses whose incredible performances from Maxine Peake and Adeel Akhtar explore political priorities.

In new strands for this year, the award for Best Advertising film went to The Directors Project by Ben Marshall – an insightful film which highlights the creative process of retailer Jigsaw and the role that film plays in branding – and Best Fashion film has been awarded to Alex Turvey who showcases Joseph Turvey’s edgy new River Island collection with personality and charisma in a film produced by leading agency White Lodge.

The two new strands, fashion and advertising, provided fashion conscious festival-goers a rare chance to see some of the industry’s most inspired advertising campaigns from names such as Vivienne Westwood, Swarovski and Louis Vuitton, and sensational fashion films such as Lorna Tucker’s Red Shoes, inspired by Vivienne Westwood’s Climate Revolution and featuring Lily Cole. We developed this new strand in partnership with London College of Fashion to stimulate serious discussion about the impact of fashion film upon visual culture, the ethical responsibility of the fashion world, and to give behind-the-scenes glimpses of designers’ creative process. As with most of our strands we included a series of masterclasses; given by fashion filmmaker, curator and member of the British Fashion Council Fashion Film panel Kathryn Ferguson. Our platform for fashion film was complemented by advertising films from cutting edge agencies including Partizan, Solab and White Lodge, a strand that we chose because of Aesthetica’s longstanding recognition of the strong creative output in the fashion and design industries.

As a result of developing these two new strands, continuing to invite filmmakers and visitors from all over the world, and having become a BAFTA recognised festival, ASFF grew in size once again this year. Exploring and engaging with the city’s fascinating architecture – its unique snickleways, mansion houses and intimate venues – is a fundamental aspect of ASFF which couldn’t be the experience that it is without the involvement of the entire city. Our qualifying status also allows our filmmakers to expose their work to the BAFTA committee – who otherwise wouldn’t be able to consider it. We are therefore now in an even stronger position to champion outstanding short films from emerging filmmakers, and to nurture today’s talented film professionals. Our support of the world of cinema extends internationally as we include independent films from guest countries, which this year were Iraq, Japan and Lebanon. Celebrating Iraqi talent were shorts created by Iraqi filmmakers, the Japanese programme, meanwhile, spanned experimental, animation and drama while drawing upon the history and culture of Japan; and representing Lebanese film, the drama and documentaries of Cabriolet Film Festival told stories of civil war, relationships and unrevealed truths.

This year’s guest country screenings instigated cultural exchange and were contextualised with panel discussions – an invaluable resource for appreciating film culture. We hold these discussions and events to involve our audience, which this year included 16 Industry Session Masterclasses. There was Lisa Gunning’s The Craft of Editing during which the BAFTA-nominated editor of Seven Psychopaths and Nowhere Boy revealed post-production tips, while BAFTA-nominated screenwriter and director Mark Herman gave a masterclass detailing his 20-year career, including his work on features such as The Boy in the Striped Pyjamas, Brassed Off and Little Voice. Also providing support for emerging filmmakers was Ian MacKenzie who leads Channel 4’s Creative Diversity Team, who gave delegates useful tips for getting your film noticed.

Each year at ASFF we hope to inspire, encourage collaboration and develop filmmakers’ practice through our festival programme. We are thrilled with the number of filmmakers, professionals, families and tourists who have taken part in this year’s festival. ASFF could not happen without the support of the city, our sponsors and contributors so we would like to give a big thanks to York St John University as well as BFI, City of York Council, Arts Council England, The Great Britain Sasakawa Foundation, Japan Foundation, Embassy of Switzerland, Creative England, 1331, London College of Fashion, Film Hub North, Reel Cinema, Middletons and all of our venues and partners.

To view a selection of winning films from this year’s festival, please visit
www.aestheticamagazine.com/asff2014. Password – aesthetica 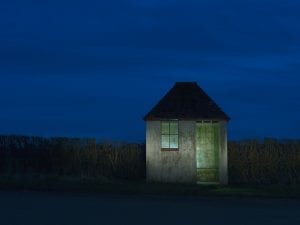 On the first day of the Aesthetica Art Prize Exhibition, there is a unique opportunity to hear directly from a selection of shortlisted artists. 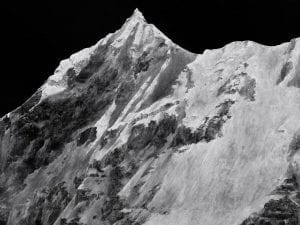