I SWEAR TO TELL THE TRUTH is an event running at IWM London until 17 September in partnership with Anagram, launched to coincide with the museums’ centenary, Conflict Now features opinions of individuals who have seen, experienced and worked in areas of conflict – including artists, photographers, refugees, citizen journalists and war correspondents along with exhibitions and events developed by IWM and partner organisations. Anagram discuss the event in greater detail.

A: How does the event cohere yet differ from the rest of the Syria: A Conflict Explored series?
A: IWM’s Syria: A Conflict Explored series is looking at bringing people in contact with some of the artefacts of the conflict, and using those to allow us to get closer to what is happening in Syria. I SWEAR TO TELL THE TRUTH is a critical reflection on how we interpret the stories from Syria. It’s not about bringing another narrative to the audience – it asks them to participate in a personal way, to think about their own responses to the war, and to reflect on who in the conflict will benefit from those responses.

A: In what ways does I SWEAR TO TELL THE TRUTH explore the transferring of information and the perceptions that follow from this?
A: The piece asks you, as an audience member, to participate in a few simple exercises that explore how you categorise the world you see around you. Those experiences are the starting point for thinking about your own individual prejudices, your own personal way of seeing. We want people to see the relationship between their own personal prejudices and what they perceive is happening in the world. As well as learning about what is happening, you will also be given the opportunity to reflect on why we all engage with things in the way that we do.

For example, how likely are you to have views that are the same as your peer group? Do you read news that matches or contradicts your world view? What impact does this have, over time, on how you see the world? Overall, we are curious about how our internal ecosystem of perception – how we manage the flood of information coming in – overlaps with the media industry, and the fact that, increasingly, we consume news through social networks.

Social media is invariably making our understanding of the world around us a marketable experience – one that has its own economy of likes and clicks. What impact does this new framework have on our understanding of the Syria conflict, and can we be more aware of that? The other side of the digital news environment is also the accessibility of so much source material on platforms like YouTube, but that mass of material is also intimidating and unmanageable in a different way.

A: What is the importance of focusing particularly on information and perception with regards to Syria and how has the experience explored this investigative thread?
A: As the conflict in Syria has developed and endured, you can chart the fluctuations in how people have understood and related to it differently over time. It felt important to have an opportunity to look at what was happening outside of a moment to moment context, though the piece does also concentrate on the siege of Aleppo at one point, to narrow down the focus.

A: What is the importance of audio in relaying your investigation?
A: Using audio allows the experience to feel intimate and direct, particularly because you are on headphones. The structure of the chapters also means that you can stay moving at your own pace through the museum, so although the experience is linear, you still have some control. The experience of wearing headphones and listening to a narrator talking directly to you also encourages you to detach slightly from the ordinary museum experience – you are somehow slightly apart from the rest of the crowd. It is written and designed to help you feel held in this alternative journey that takes in the exhibits as well as your own ideas about them.

A: What features of the event create an immersive sensory experience and why was this necessary?
A: I SWEAR TO TELL THE TRUTH is immersive because it is designed to suck you in as an individual. You are spoken to directly, you are given space to bring your own thoughts and feelings to the table, and you have to act as only you can. These elements deepen the experience and mean that you enter a slightly alternate version of reality; this is a museum, but you’re not behaving in it as you normally do.

We hope that designing pieces of work in this way encourages the audience to go on a journey and to truly engage. Often, people are hesitant to take this step and so we intentionally design the beginning to act as a sort of threshold – once you have stepped through this invisible doorway, you are involved and you won’t turn back. We borrow a lot from standard classical practises in editing – but we try to make the participants the main character, rather than a character from the story itself. This doesn’t work for everybody, but we like to challenge as well as entertain and we are always keen to try out new things. Some things work, some things don’t.

A: How do you feel the event most effectively challenges people’s understanding of truth?
A: We didn’t set out to fundamentally challenge the idea of truth – more, we set out to show how we all use (and need) a framework to perceive the world, and that if you manage to see that framework in one context, you might then be able to see it in others too. In this piece, and in others that we have made elsewhere, we try to make that initial context something very live and personal, something that involves an action, perhaps with another human who is standing next to you. This ties the focus down onto what is really going on in the room, so that you have a bodily experience of understanding and, once that happens, your capacity to perceive what’s being talked about is transformed. In I SWEAR TO TELL THE TRUTH, this manifests as a series of exercises you have to carry out in the museum; some with total strangers who are not on the journey, some with people are also doing it. These range from simple silly exercises, to things that several people are not really prepared to do – and that range of active experiments gives a totally different flavour to the whole narrative.

We are interested in translating ideas – like truth or prejudice or bias – into live experiences because it’s such a different way of understanding those ideas. For us, this is an effective way and we would regard something as successful if that experience design somehow enables people to see an abstract idea from a new, more tangible, perspective. This won’t work the same for everyone, but with each piece we make we try to experiment in some way with a new idea or activity that opens up a new way of experiencing a story.

A: What do you hope people will take away from the event?
A: We hope that people have the chance to listen and do something for an hour that gives them a space for thinking. It could be that they think differently about Syria, but it could also be that they think differently about their own framework for seeing the world around them. We’re also really interested in getting people to reflect on the museum itself as place and to use it as a space to talk, converge, and be critical of any reactionary narratives. That IWM were happy for us to install a Bureau of Alternative Facts – in which participants wrote strange or ridiculous facts about the exhibits in the museum itself – felt surprising, fun and alive, and not like anything we had done in a museum before.

Until 17 September. For more information: www.iwm.org.uk/events/iwm-london/experience-i-swear-to-tell-the-truth 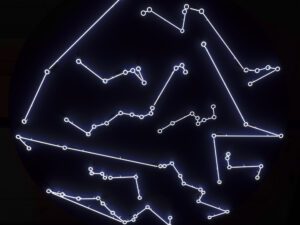 IWM London explores a century of refugee experiences. It looks at the devastating impact of conflict, putting human stories at the centre. 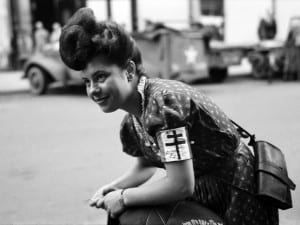 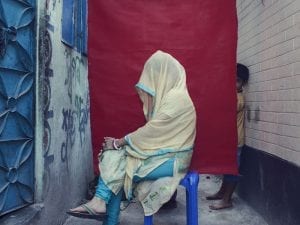