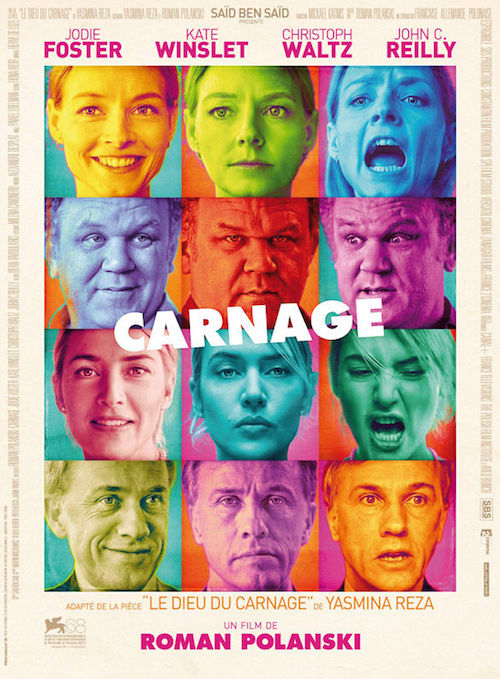 Here, two archetypal couples – the middle-class Longstreets (John C. Reilly and Jodie Foster), and nouveau riche Cowans (Christopher Waltz and Kate Winslet) – engage in an excruciating game of cat and mouse, battling it out over a playground confrontation between their sons.

Channelling Polanski’s breed of claustrophobia as seen in Knife in the Water and The Ghost, one apartment provides the film’s entire set. As an adaptation of Yasmina Reza’s play God of Carnage, you can imagine that in the theatre the tension created by the “should I stay or should I go?” idea would be exhilarating. On screen, it can be frustrating. There are several moments where the Cowans simply don’t leave. They get as far as the lift, but then agree to step back into the ring.

As the couples become steadily more inebriated they begin to reveal uncomfortable truths about their strained marriages, which makes you wish you were watching Albee’s Who’s Afraid of Virginia Woolf? The performances in Carnage are stellar; it’s just a shame Polanski fails to make us care about the characters’ lives.