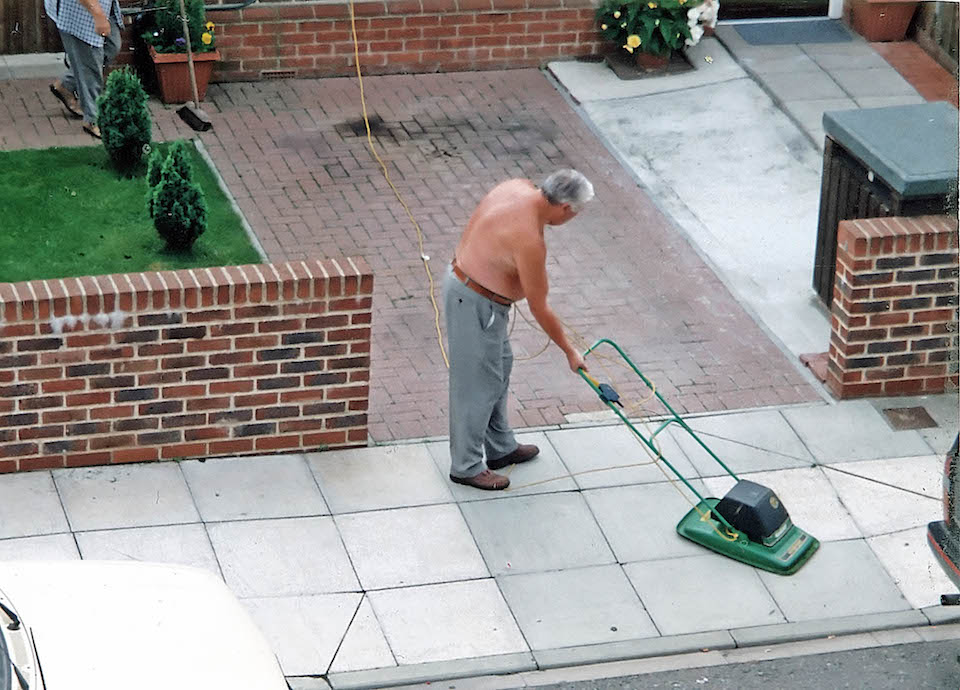 The caravan, as an emblem of British leisure, has a number of connotations, the majority of them offensive in a snooty kind of way. The idea of a caravan gallery is therefore a bit of a dichotomy to say the least, yet is an idea that has succeeded beyond the wildest dreams of its creators, Jan Williams and Chris Teasdale.

Williams and Teasdale are both partners and collaborators: one can visualize them flying down the motorway, Teasdale behind the wheel, with Williams stretched out the window photographing the unusual, the mundane, and the atrocious, headed towards the next British town or village. The caravan, a rather appalling 1969 mustard yellow egg-shaped vehicle, has been the exhibition space and mode of transport for Teasdale and Williams since 2000 when the project was finally realized, through the support of Art Space Portsmouth (which commissioned the project).

This past winter the pair had a major retrospective at aspex, Portsmouth’s contemporary art gallery, exhibiting but a portion of the photographs they have taken over the past seven years whilst traveling throughout the UK as part of the Caravan Gallery Tour. The gallery serves as an antidote to the tourist board’s glorified perception of British life; rather than portray images of young, beautiful people playing in the ocean to typify British seaside life, Teasdale and Williams have carefully chosen images of the dilapidated pier in Brighton or a KFC branded outdoor shower by the beach in Bournemouth: images slightly nostalgic in tone and terribly depressing at the same time, because the reality which tourists are presented with on tourism pamphlets and postcards is a far cry from reality.

Are they being slightly obvious? Perhaps. But reality is slightly obvious, which is why it always is a bit shocking to discover how often we gloss over the glaringly obvious imperfections of everyday life. Teasdale and Williams aren’t trying to start a revolution, to rise up against the tourist boards’ portrayal of British life and leisure, but to encapsulate, in a slightly self-deprecating way, the trashy underbelly of British life. The images are recognizable in that their slightly déjà vu sensibility: people can identify with the imagery as it is framed without that disjointed distancing that one often experiences with contemporary ‘art’ photography. Williams and Teasdale are the mediators of this simplified vision of life and therefore consciously choose to capture the outskirts, the edges in a sense, of society. Sure, you never have taken line dancing lessons outdoors in Southsea, but you have experienced the unexpected in some way at a different time. It’s this very idea of the extraordinary, of “beauty in the squalor” as one piece of graffiti from Clapton points out, which Teasdale and Williams have captured.

In some ways they are the paparazzi of everyday life, setting out to capture images of ordinary Britannia unawares, amassing unquantifiable numbers of images in the hopes that amidst the confusion one image will stand out. It’s astonishing how many of their images do stand out: the image of a help wanted sign in a shop window in Mevagissey, which is looking for an “Experienced Pasty Crimper”, calling into question how much experience one would need to be a pasty crimper?

It helps that the gallery itself is an unusual, mobile entity as the pair have to freedom to spend as much time in each town or village as needed or required: they don’t need to arrange exhibition space or invites or press releases, rather they can just show up in a town, set up a few garden chairs and sign outside the caravan, and wait for the general public and art world, to arrive. Their audience is as varied as their subject matter and sometimes as appealing.

Teasdale and Williams state that often, when returning to the same town they encounter the same people who visited the exhibition the previous time, who are able to point out the bits of town that have changed or altered through the photographs. In a sense Teasdale and Williams are photojournalists, archiving the changing face of suburbia and urban centers and the rise and fall of each town’s economy. This passion for life, for capturing the everyday, is reminiscent of the work of Richard Wentworth or Garry Winograd who, like Teasdale and Williams, photographed the banal and ordinary and, by doing so captured the complexity, richness, and humorous. Williams succinctly states at one point that, “everywhere is interesting”: a fitting sentence to describe their work. Their work can be viewed online at www.thecaravangallery.com. 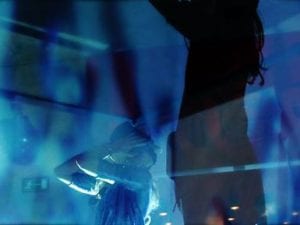 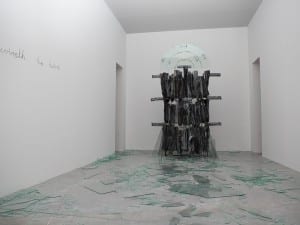