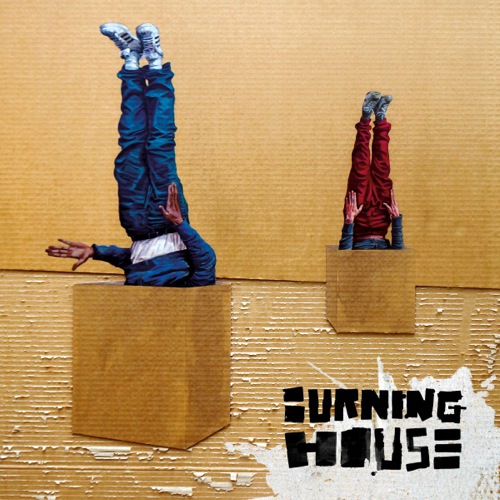 Sometimes cross-genre collaborative albums can sound extremely odd, or rather at odds with themselves, as two separately talented musicians find themselves fighting either to compromise poorly or imitate the other’s sound to a jumbled outcome. Rather excellently, Burning House, the amalgamation of two disparate forces, suffers from neither. One part Chief Xcel, hip-hop crew Blackalicious’ beatsmith, and one part keyboard impresario Hervé Salters, the twosome effortlessly binds together a collection of songs a lot weirder than you could possibly imagine from its composite parts.

Admittedly, there are points at which the stalwart drumbreak and big Moog combo proves to be more formulaic, but overall Walking Into A Burning House provides a fascinating and constantly intriguing foray into experimental disco territories. Xcel and Salters have clearly set out to produce a project that forces itself not to depend solely on vocals. Mischievously groove-addled and disco-tinged, it is definitely an album for the weekend. www.burninghouseofficial.com.