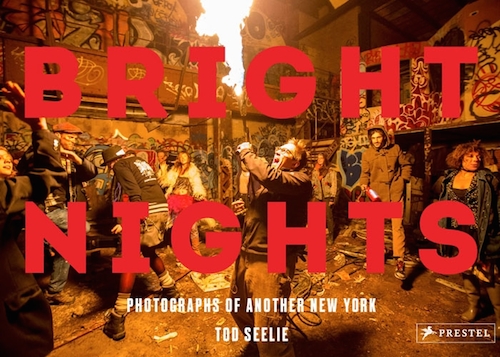 For those who live, breathe and grew up in New York, the fabric of the city is ingrained in their skin and captured in their existence. Street photographer Tod Seelie’s version of the city in Bright Nights: Photographs of Another New York completely redefines the concept of classic New York and is adamantly devoid of clichés. Described as an “instrument for our living memory”, Seelie’s portraits refuse to indulge any form of the big city fantasy. Instead, his images feature burning cars, fights, grime and fearless anarchy. These are dreams of a different type: hallucinations that can’t be easily removed from the mind.

Seelie’s vision, although raw, is nonetheless captivating and quietly forceful, very much like the photographic equivalent of seeing the moment before a car crashes. Presumably, the spectators at the captured scene would find it impossible not to stare. Narrated by artists, curators and journalists who are close to Seelie, the volume contains the energy and momentum of New York’s communities, united by the experience of living in a city cursed with insomnia.