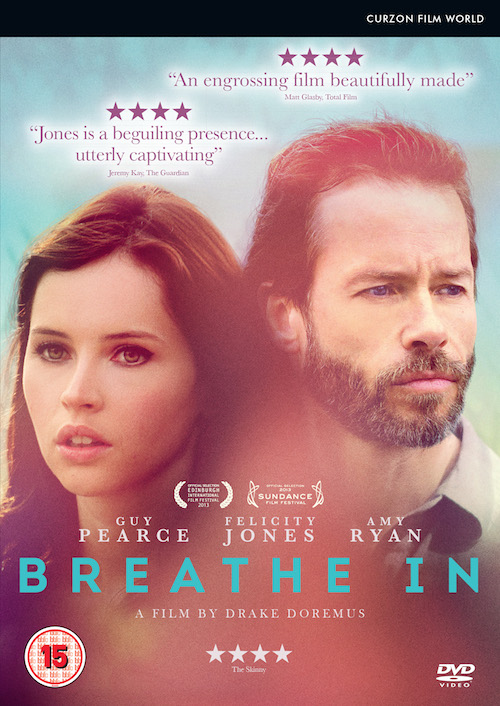 Drake Doremus’ aptly named Breathe In is a breathtaking thriller which seeks to articulate the unheimlich undercurrent swirling beneath the false smiles of America’s nuclear family. When exchange student Sophie (Felicity Jones) comes to stay in Westchester, New York, with frustrated cellist Keith (Guy Pearce) and his family on a semester abroad, he is taken aback by her talent and shy beauty.

As Sophie teeters on the precipice of adulthood, Keith is already plunging head-first into a mid-life crisis. Yearning for the creative freedoms of his youth whilst trapped in his routine job, he cuts a self-indulgent yet understated figure opposite cookie-jar-collecting wife Megan (Amy Ryan) and angsty daughter Lauren (Mackenzie Davis).

As the film reaches the final act, the protagonists’ divergent paths inevitably collide with fractious results for the family. Although atmospheric, the film’s foreshadowing is a little heavy-handed in a tale of thwarted desire well-trodden by modern audiences. However, Breathe In is well acted and well scripted, executed with brutal sharpness.