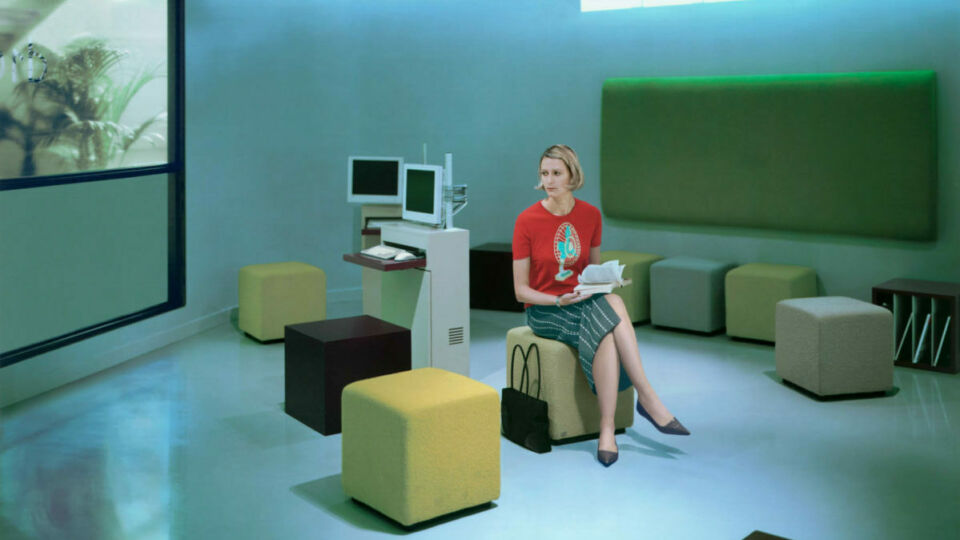 Since the late-1990s, Hannah Starkey (b. 1971) has been dedicated to photographing women, exploring the ways they are, and have, been depicted, whilst taking cues from visual culture. She is known for her cinematic mise-en-scènes, which appear as “fleeting” moments. Starkey constructs portraits of women across a range of generations, often situated in everyday urban contexts. She has had numerous solo exhibitions across the world, and her work is included in Tate Modern, London; Tanya Bonakdar Gallery, New York; Turner Contemporary, Margate; Huis Marseille, Amsterdam; Schirn Kunsthalle, Frankfurt; the V&A, London; and Castello di Rivoli, Turin, amongst others. This autumn, The Hepworth, Wakefield, presents a major survey spanning over 20 years.

A: Where did your journey with photography begin?
HS: In hindsight, it was a lifesaver which put me on a path, and has given me a good and happy life. It all started when I had a haemorrhage at the age of 13 / 14 whilst at school. After a head injury a few months earlier, something exploded in my brain resulting in a loss of speech and temporary paralysis in the right side of my body. My brain was damaged, but through photography and the plasticity of being a teenager, it knitted itself back together. I am forever grateful to the nuns at my school (a convent school in the most economically deprived area of western Europe) who had the presence of mind to put a camera in my hand. Photography, as a GCSE, was just being trialled in Northern Ireland: a testing ground for the introduction of a new education system. This was one year before it was rolled out in Britain, with all the creases ironed out. I was very lucky. Being in the right place at the right time has always been my strong point in photography.

A: Why do you continue to work with images, and particularly stills, as opposed to moving content and film?
HS: We are surrounded by images – mostly stills – in every waking moment of our lives. We are sophisticated visual creatures, and are highly influenced by images, in an almost sub-minimal way. The photograph – a mute, still, two-dimensional representation – can tell us so much about ourselves, and seems to lodge itself in the brain to be used as a memory cue for all sorts of emotions. Basically, it has the power to connect with you immediately, and never let go. For me, the true test of a good picture is whether it can stand the test of time with all the human activity and shifts in society. I also think a good image can tell us a lot about ourselves, from revealing unconscious bias to eliciting strong feelings of empathy. In other words: it can make us feel directly. When you stand in front of a photograph in a dedicated viewing space, it is the viewer that moves internally, contemplating on different aspects of the aesthetic, the narrative and the ambiguity of the medium. For me, it is this ambiguity – found in a familiar scene – that activates our inner self. We are offered a time and space to mediate on life. And we more often take and send photos to each other, even though video is just as easy.

A: What is it about this specific medium that endures?
HS: Now that’s the question that fascinates me. Photography is actually really difficult and a challenging language to work with. How does a single composition, in a world saturated with images, rise in your consciousness and change how you think? How is it that a picture can alter global public opinion on issues such as war, poverty and racism, etc? Why is it that throughout its near 200-year history it has become our main tool or language of communication? And, when does it turn against us? When does it exploit our weaknesses? My job is to search for those enduring moments: the ones that stick. These images are incredibly elusive, and if I can make just 20 of them in my whole career, I will be happy.

A: How do you choose your settings? What is it about urban landscapes that interests you in relation to the human condition, and how they affect one another?
HS: There is no one formula; it depends on the message that I want the photograph to carry. Sometimes I’m attracted to the intimate and warm, and sometimes it’s wider, controlled spaces. The common denominator is the city. The street is a theatre for human performance. It is where people share with each other what it means to be human. To see and be seen by other humans is almost verification for our social species.

A: How have images become implicitly connected, and directly related to, women’s experiences: through the assimilation of the personal, political and psychological?
HS: Well, that’s a huge question with many strands to consider, but for me, the image is power, particularly at this time in history. When I first came into photography it seemed that the dominant gaze was male, and who gets to tell the story controls the narrative. So that was how we, as women, experienced our gender. However, the medium I work in is now a democratic art form – anyone and everyone does it. This has empowered people by just seeing themselves represented.

A: In the age of post-truth, reality is being questioned on a daily basis, whilst images are distorted, edited and filtered, even when presented as “documentary.” What “truth” do you depict within your photographs?
HS: That is the beauty with photography, although it can never be totally objective, as with photographers’ choices of framing, etc. It is incredible when used in its most straightforward and direct way – just the eye and the camera to find how the world really looks. In an age of filters and Photoshop, straight photography becomes a bit of relief from the projected perfected image that doesn’t actually exist or is unsustainable. It’s a challenge to make a photograph that gets you to really look at something beyond the surface. I love it when you see a photograph of a woman or girl, (female identifying) who looks like a real person who is affected by the real world without being beautiful or different or perfect. What makes us beautiful and unique? The aesthetics that women are sold through images are simply not the truth.

A: How would you define your gaze as a photographer?
HS: Female. Consciously and wholeheartedly female. I think women make very good photographers for all sorts of reasons. I want to be a role model for young female photographers because I think that the world needs them in a critical, let’s not fuck about here, kind of way. The power is in the hands of the consumer and women make up 80% of global consumers. In the early days of my career, photos became toxic to women. “Sex sells” seemed too easy to me and not really exploring what photography can do in shaping who we are and how we are treated in the world. Women working in photography have ultimately changed this. How do we apply the various rules of our written language to understand the rules of a wider visual photographic language?

A: How can women reclaim the lens, and their own gaze?
HS: I think they already have. They are very aware that image = power and they have come in their tens of thou- sands to study photography. When I give a talk, I look out at the audience and it is a very different view from when I started. For me this is one of the most significant times in the medium’s history, as well as in the timeline of fighting for equal rights. All of this goes back to who gets to tell the story, and what stories get to be told. Narrative is a driving force in the evolution of civilisations; the stories we tell are important. We are subverting and changing the history of the male, or rather, the patriarchal gaze that set the standards for all of us.

A: Is there a main “goal” that you adhere to? And is this connected to an overarching sense of responsibility?
HS: To be honest, I don’t know what will happen or where my photography is going. It’s always been like this. The photographs cut a path and I just follow. I’m amazed how I have carved out a career with the most succinct agenda but yet no plan. I know this sounds a bit weird, but I have never strategised. I ask nothing of it in terms of wealth or fame. I always have to be on my very best behaviour when we are working together. I stay in tune, alert to the possible slippages in life that photography can capture. It’s about setting up a scene, and then the experience of controlling the elements. Hopefully the ones that you can’t control will work in your favour. I always trust in the magic and true purpose of the image. I used to question and challenge it, but after 25 years I surrender to it and trust in it, just as I did at the start of my adult life. You have to have the purest intentions, as a photograph will somehow always show you the truth. This truth can then be read by the viewer in the energy that it transmits – a certain knowingness that we all have when it comes down to pictures.

A: Do you believe that aspiration and inspiration can ever be separate from a wider moral imperative as an artist?
HS: No. How you get to inspiration is through true authenticity in your intent: how you want an image to be read. Even though photography is a visual experience, I believe that it also emits an energy from the sitter: through me to the viewer. This fleeting experience is hard to put into words. I guess it depends on what you want from your art. I want a lifelong sustained relationship with the medium, and I don’t care about how to be a successful artist. It goes beyond that.

A: How do you see the future of photography?
HS: Really good, for all the reasons above. I think, as a society, we are just beginning to understand how photography works on us and how it can be used: rewiring our brains and bending our minds. This pictorial language is just going to get more and more sophisticated. We will begin to use images to make us feel good about ourselves outside the kingdom of conventional beauty, and work for the benefit of the planet and humanity. I think it’s the younger generations who are most affected by photography. They are expanding the power of the lens – and long may this revolution last. 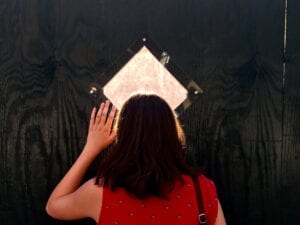 For many Magnum photographers, windows play with a sense of freedom and the boundary lines between public and private; outside and inside. 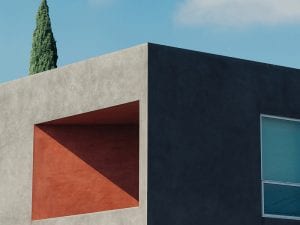 Capturing the everyday landscape, Vishal Marapon’s images connect with changing cities and the material effects of gentrification and development. 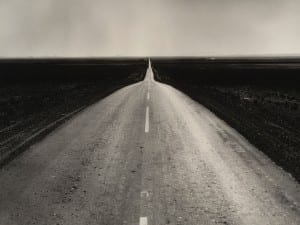