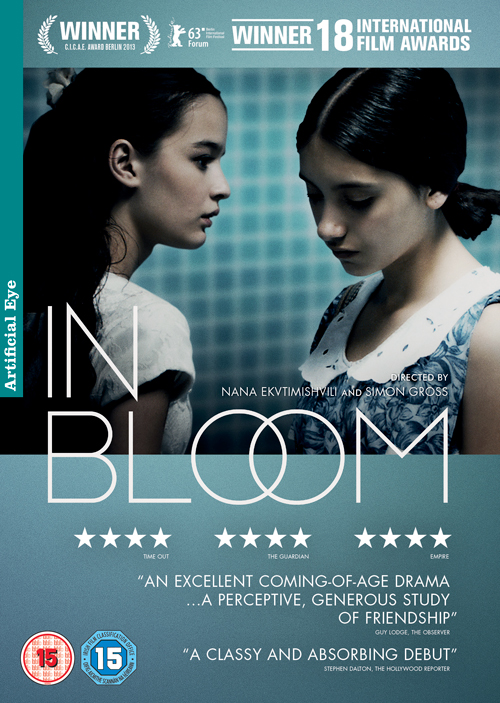 Eka (Lika Babluani) and Natia (Mariam Bokeria), two gal-pals on the verge of womanhood in Tblisi, rush towards the next stage of their lives as violence threatens their homeland. Their existence is governed by rigid traditions. Dad is no longer on the scene, school offers nothing but banality and there are boys on the horizon.

The catalyst for change in this coming-of-age tale is a pistol, handed to one of the girls as a romantic gesture by a watchful wannabe beau. And with the appearance of the weapon comes a not-so-subtle change in the girls’ behaviour. Writer/Co-director Nana Ekvtimishvili offers a portrait of Georgia in 1992 through the eyes of two young women desperate to break the ties that bind. She focuses on love, loyalty, isolation, a sense of longed-for emancipation and an acceptance of incarceration by society’s rules.

Babluani, as Eka, is a dynamic presence as she wrestles with her conscience, eager to be more than just a number. Her explosion at story’s end is notable for its barely controlled hysteria.