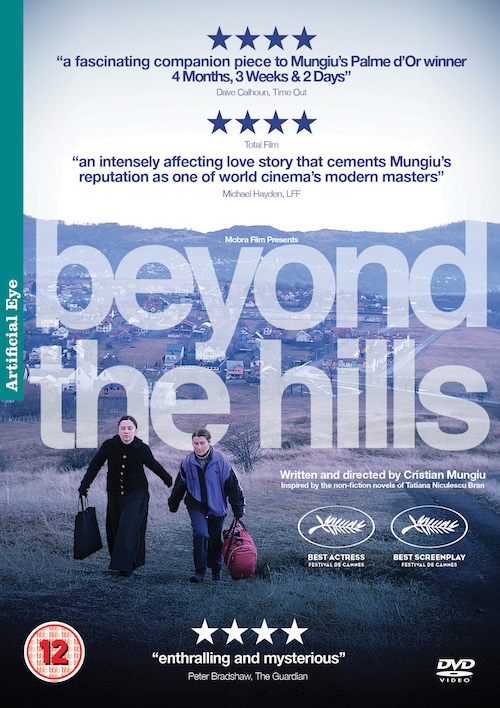 Set in the Romanian region of Moldova, which houses some of Europe’s most deprived people, this dark tale from director Cristian Mungiu charts the loaded and complex friendship between two young women. Having grown up together in a Romanian orphanage and since parted ways, Beyond the Hills  follows the women’s reunion. The troubled Alina (Cristina Flutur) has to come to terms with Voichita’s (Cosmina Stratan) new settled life in a convent.

The film is considered and well observed from every angle, and in the first few acts progresses slowly, building towards an impending storm that constantly seems further away. However, the arrival of the explosive finale is miles away from the hushed tones of the beginning. The lines between mental illness and perceived possession are blurred, and the undertone of how the controlled routine of a convent can be shaken to its core by an individual with so much torment is electrifying.

The real highlight is newcomer Cristina Flutur’s performance, beginning as disturbingly placid, yet subtly more devilish as the film develops.