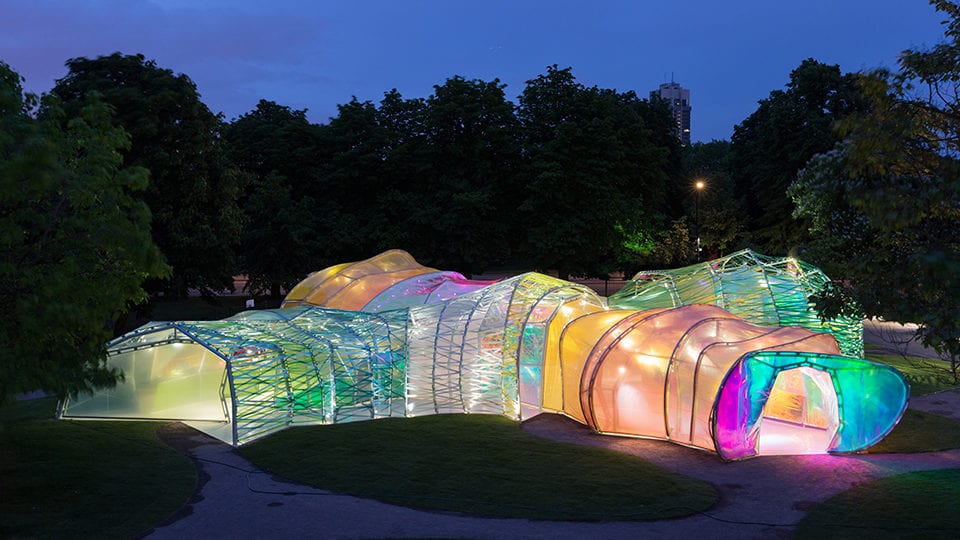 A maze of organic, chrysalis-like shapes. A psychedelic hub embedded in a grassy bank. The Second Home Serpentine Pavilion, an 866 square foot structure, is the creation of SelgasCano – a venture between Spanish architects José Selgas and Lucía Cano that has made its mark with buoyant creations. An intricate construction spreads across the land with tunnels made from glowing iridescent materials. The structure uses daylight as its muse before transforming into an illuminated and colourful spectacle in the nighttime.

Whilst this could easily become the latest selfie destination – like a Do Ho Suh installation or, indeed, Olafur Eliasson’s new viewer-responsive show at Tate Modern – a slew of public talks around important issues such as sustainability and equity are designed to give the experience more depth. Further to this, there are a number of film screenings at the intersection of science and art. Events include David Lynch talking about mediation; Netflix and the World Wildlife Fund hosting a screening of the Our Planet series narrated by David Attenborough and a performance by rapper Octavian. In this way, the pavilion taps into the ultimate dream-making machine that is Hollywood.

The project is also a teaser of sorts ahead of the opening of London-based co-working space Second Home’s first USA location later this year in Los Angeles that is being dubbed a “slingshot for creative entrepreneurs.” Designed by SelgasCano, it is set to host some 250 teams and organisations in a lush jungle of thousands of trees and plants across a 90,000 square foot urban campus on the site of the former Anne Banning Community House, designed in the 1960s by architect Paul Williams. Besides restoring the existing building, SelgasCano adds 60 single-storey garden studios, meeting rooms and community spaces, all wrapped in the designers’ signature translucent acrylic, as well as oval-shaped, mustard yellow roofs.

The installation at La Brea Tar Pits, which sits on active asphalts, marks the first Serpentine Pavilion debut in the United States – having been shown first in London’s Hyde Park in 2015, as pictured above. The multicoloured Ethylene Tetrafluoroethylene (ETFE) membrane stretches over a steel frame and invites visitors to explore the various shapes through a play between light, colour, transparency and materials. There are various entrances to the tunnel and chambers, including a hidden corridor between the structure’s outer and inner layers before converging into a spacious central area. The Pavilion is situated on prehistoric tar pits, which have preserved the bones of many mammals from over 10,000 years ago. Exuberant as the location and its structure may be, the installation manages to link design and nature as one ecosystem, because one cannot exist without the other, at least not in this case.

Until 24 November. Find out more here. 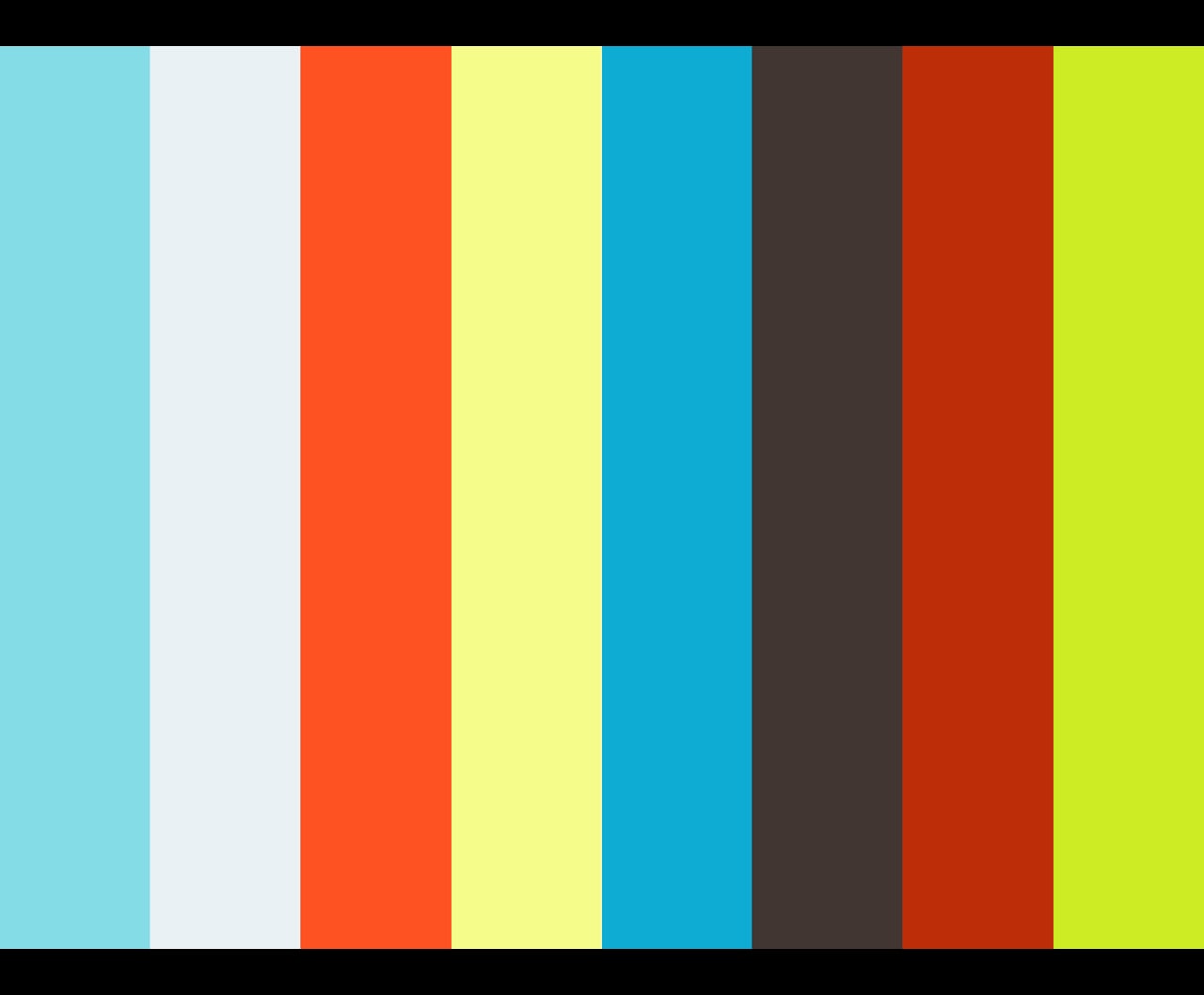 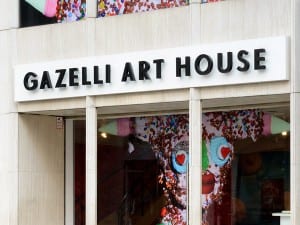 Taking our appetite for sugar as a starting point to create images of a corrupted globalisation, James Ostrer takes over the glass façade and ground floor of the Gazelli Art House. 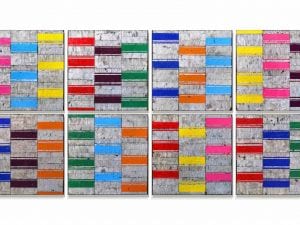 Art New York returns this year with the addition of CONTEXT New York for this year. The events showcase artwork from more than 150 galleries around the world, representing 1,200 artists.