Between the Lines, All Visual Arts, London 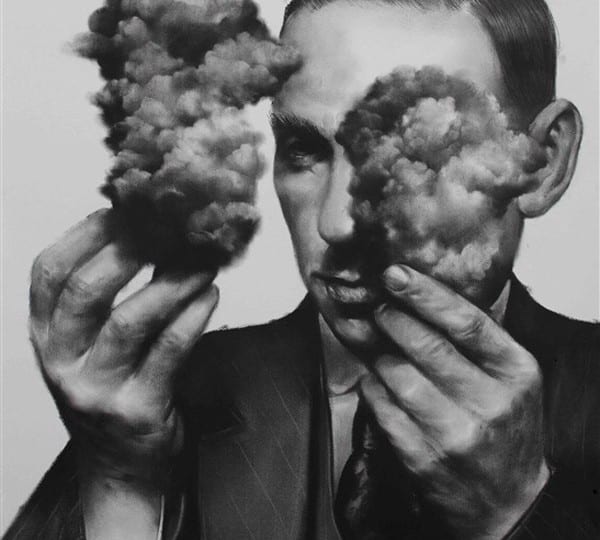 This spring All Visual Arts, Kings Cross is saturated with surrealist sketches, uncanny inks and impossibly detailed drawings. Not just limited to the eight AVA represents, over 21 artists feature in this vast show – ranging from the sublimely grotesque erasure of contemporary German artist Dennis Scholl, to the carefully contoured illustrations of the infamous Salvador Dali. For a show entirely based upon a single medium, the variety is astonishing; as we see here, drawing does not only refer to graphite doodles but instead stands for anything put on a page by expert craftsmanship and the cultivated imagination. AVA’s shows often display a penchant for the bizarre and Between the Lines is no different, with artists from across the globe and centuries brought together by a common theme.

An artist whose work is emblematic of the show is Wolfe von Lenkiewicz, whose enormous frescos fuse works from Jacques-Louis David, Pablo Picasso and Leonardo Da Vinci. Executed to life-size scale in simple pencil-on-paper these works are an odd sight: close up the mark-making reveals itself as crude and flat, but from a distance the triptych is a set of timeless masterpieces in faux gilded frames.

Whilst Lenkiewicz’s technique is fairly unaccomplished, several artists prove themselves expert draughtsmen – including repeat performances from Robert McNally and Dirk Lang who also featured in AVA’s show for 2011 Frieze week show, Metamorphosis. McNally is most recogniseable for his illustrations of hellish scenes – howling creatures, cackling beer-bellied men and scowling gargoyles sit atop collapsing buildings, held up by skeletal scaffolds. His works perform as photographs of drawings, even detailed with the curling edges of a page and overlaid with randomly scrawled scribbles. Similar to McNally in his work’s scale and softness is Robert Longo whose minimal charcoal compositions may simply contrast light and dark, but are intriguing in their strength and soft accuracy.

Intrigue is a theme which runs throughout this entire show; as the basest and most ancient art form, artists currently working with drawing seem to feel the need to play with it, to create illusion. Accordingly, the gallery is thick with visual trickery: McNally’s photorealism, curvaceous inks from Seunghun Lee which are simultaneously animal, mineral and vegetable, Turner prize nominee Paul Noble’s multi-layered microscopic worlds, and the impossible compositions of Denis Scholl and Mircea Suciu.

Still, these intelligent designs do not detract from the artists’ skill; in fact what is so exciting about this exhibition, and what sets it aside from other so-called “contemporary drawing” exhibitions, is actually very simple: none of the drawing is bad.

Particular pieces which caught my eye were Suciu’s Mystery which sees a slick looking Houdini holding up and admiring two murky clouds – the tools of his trade; Erinc Seymen’s Surprise Tactic , an image of two distraught children surrounded by machinery and twisted stalactites which is like a McNally but warmer and more touching; and Otto Dix’s Elly, a shaky and delicate outline of a forlorn looking nude from one of history’s most powerful German painters.

With Dix, Dali, McNally and Hugo Wilson all making an appearance, Between the Lines is hardly short of household names (artistic households at least) – even including recent Turner Prize nominee Paul Noble. Whilst the work exhibited by Noble in the Tate was not particularly aweing, AVA’s Huh Huh has significantly upped Noble’s rating in my opinion. At seven feet wide and three feet high, the huge sheet is divided into over two hundred smaller sections, each filled with a miniscule scene of its own – making it one of the exhibition’s many pieces which require more contemplation than possible after two drinks at the private view.

Between The Lines can only be faulted for presenting too much talent to appreciate at once; classical and contemporary, it’s all there in simple black and white – non-exhaustive, easy to dip in and out of, or to pore over for as long as takes your fancy. With this show, AVA prove that draughtsmanship is by no means dead; and that rather than frills and pretention, it’s often the most simple art that is the most satisfying. 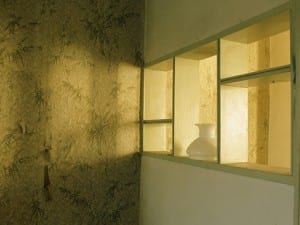 Saskia Olde Wolbers is known for her short, narrative videos. For Yes, These Eyes are the Windows, she treats 87 Hackford Road as a ready-made set and works with theatre director Lu Kemp and sound designer Elena Peña. 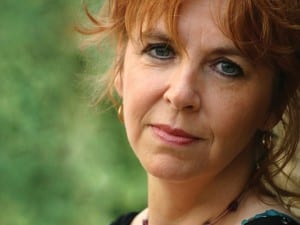