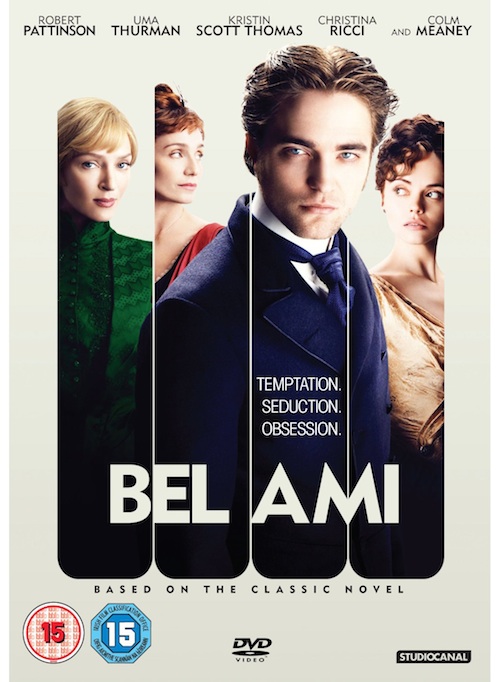 Based on the 1885 novel of the same name by Guy de Maupassant, Bel Ami is a fast-paced romp through the Parisian high society of the late 19th century, and marks Robert Pattinson’s transition to acting maturity following the popular Twilight series.

A rags-to-riches story with a hard, cynical edge, the film follows protagonist Georges Duroy (Pattinson) as he seduces the city’s most influential women, using them and their connections to rise from poverty and hardship to wealth and prestige.

With Christina Ricci and Uma Thurman among Duroy’s conquests – tiny-waisted in the lushest of period costumes – and employing a rich colour palette from creamy vanillas to duck-egg blues, it’s an opulent and beautiful affair.

There’s also a suitably grand and rollicking orchestral soundtrack to match, and Pattinson acquits himself well, proving he’s more than just a teenage hero. In fact, his Duroy is rightly so unlikeable that the film may trouble young fans’ parents somewhat. For older audiences, though, it’s a story that isn’t new, but is unquestionably well told.