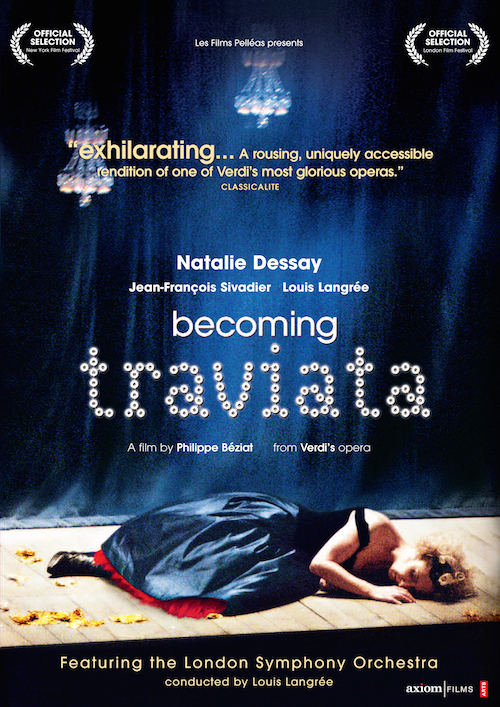 Becoming Traviata takes a look behind the curtain of Jean-François Sivadier’s deconstructed re-imagining of Verdi’s masterpiece, La Traviata, as it moves around the demise of its namesake, Violetta Valéry (Natalie Dessay), the “fallen woman.” Assembled from 90 hours of footage of rehearsal material from both cast and crew, director Philippe Béziat captures the creative process behind Sivadier’s 2011 production for the world-renowned Aix-en-Provence Festival.

The film stays true to Verdi’s passion for capturing “realism” and the pretence of opera is stripped back. As Traviata  reaches its final throes, the transformation is complete. The camera closes in on Dessay, falling, and, just as she touches the ground, the “real” comes alive once again.