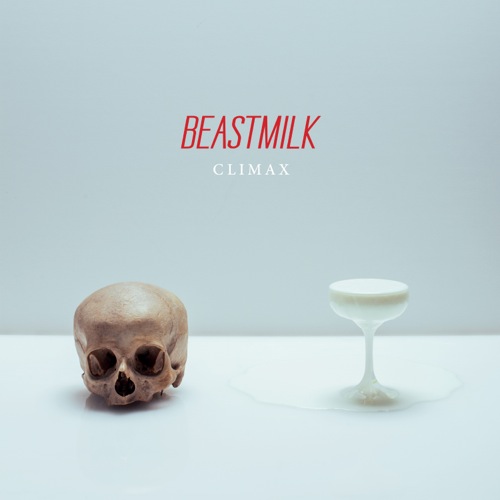 Beastmilk is not an easy band to love. First of all, they insist on referring to their music by that nonsensical, teeth-grindingly inane label, post-punk. Secondly, the track names (Death Reflects Us, The Wind Blows Through Their Skulls, Genocidal Crush ) and musicians’ names (the lead guitarist is called Goatspeed) seem to point to the death metal scene of their native Finland – all well and good, but death metal they are not.

Still, once you actually get past the posturing and listen to the music, there turns out to be a lot to love here. Coming from the same angle as Joy Division, the foursome manage to cook up some great songs. Death Reflects Us, in particular, is massive, with huge guitars and a perfectly-controlled level of reverb. It’s the kind of tune that begs to open an arena set somewhere.

At 10 tracks, Climax  is a pretty cohesive package, featuring some epic and exhilarating sounds. All in all, we really like this album, and we think you will too. As long as you don’t mind a certain level of pretentiousness, this is a good, solid record.
www.beastmilk-official.tumblr.com.