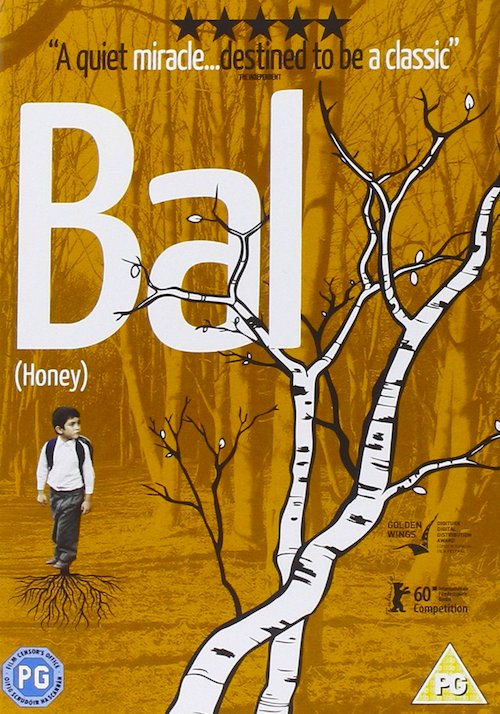 The final film in Semih Kaplanoglu’s acclaimed Yusuf Trilogy, Bal (Honey) won the Golden Bear Award at the Berlin Film Festival 2010. The film joins Yumurta (Egg) and Süt (Milk) to complete the set and takes the narrative back to Yusuf’s childhood.

Set in isolated, rural Turkey, six year old Yusuf is an anxious child, who is reduced to stuttering paralysis in front of his young classmates. His relationship with his mother is fraught but there is a special affinity between him and his father, Yakup. Yakup works in the mountain forests gathering honey, entering a mysterious world in the tree-tops that is an endless source of fascination for the young Yusuf.

This is a delicate story of familial relations and the subtleties of childhood, told through visually stunning cinematography. Each scene unfolds like an oil painting and there are breathtaking moments of beauty in the film, but these are slow to set and the film progresses at a painfully torpid pace. A leisurely meditation on nature, family and beauty, this is worth watching for the shots, if not the story.