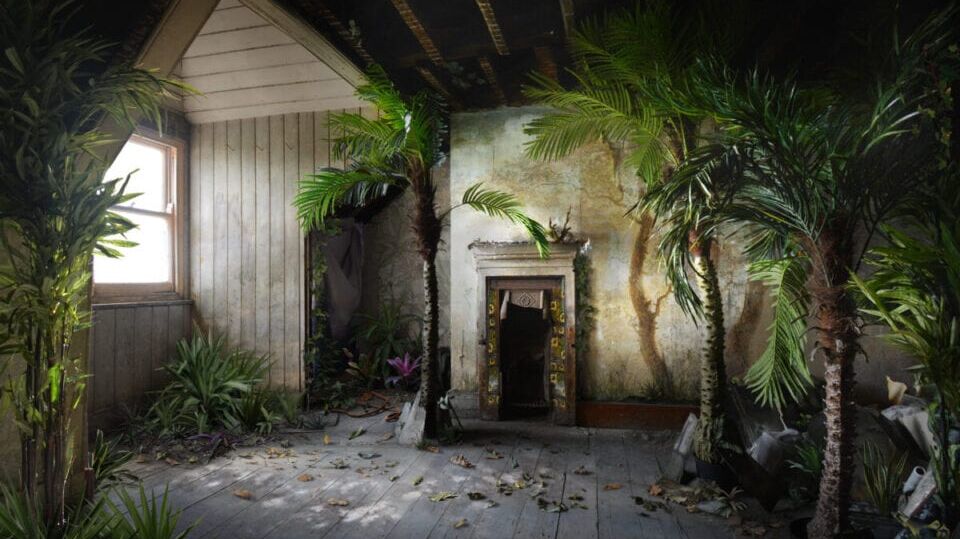 Moxhay’s composite images are inspired by cinematic worlds: blurring the lines between interior and exterior; past and present; fact and fiction.

Suzanne Moxhay’s (b. 1976) work developed out of an interest in the constructed domain of film, where natural and artificial elements merge to immerse the viewer in a fictional world. She creates photomontages reminiscent of empty sets, uniting the exterior and the interior, drawing from an archive of her own photographs, material collected from old magazines and printed imagery. The audience is involved in the construction of these visuals, which play with anomalies of texture, surface, depth, scale, movement and architecture.

Moxhay has exhibited widely, both nationally and internationally, and her work is held in many significant public and private collections across the world, including the University of the Arts Collection, The Royal Academy of Arts, The Cooper Union New York, the FSC, the Lodeveans Collection and Oxford University. She has featured in numerous publications including The Guardian, a-n Magazine and Art World Magazine, and has been profiled on the BBC Culture Show. She was also shortlisted for the Aesthetica Art Prize in 2016.

A: You often use a combination of methods – including painting, photography and model-making. How did you develop each of these techniques individually, and how do they come together to inform your practice today?
SM: I’ve always been fascinated by the artifice of cinema, where you are often looking at a composite. In old films this is particularly apparent; the backdrops are clearly paintings; cityscapes are actually models made on the miniature scale. The camera has the effect of flattening out differences be- tween these forms of representation – bringing everything into the same plane. When I started making images, I took inspiration from these techniques. I deconstructed postcards and remade them on a tabletop in a three-dimensional way. I then re-photographed them, and that became my method – introducing another layer of artifice. Postcards, inherently, present an idealised view, and I took this idea further. I’ve incorporated other methods into my work since, such as model-making, props, painting and digital manipulation. I like to create images that are ambiguous – that invite the viewer to engage with the construction of the scene, in terms of how it was made as much as the suggestion of narrative.

A: Pluralities are an integral part of your process. What is the function of layering textures and historical references beyond the aesthetics of the composition?
SM: Working with montage requires a particular way of think- ing. Even if you have some idea of the direction you want to go in, you inevitably have to be guided by the material. I originally used old magazines, but nowadays I predominantly use my own photographs. I have built up a large archive and I look for connections across this collection. These can be formal – like following a path of light from one frame to another – or conceptual, based on the subject matter.

A: Why did you pursue photography, not filmmaking?
SM: Of course, a film unfolds over time unlike a still image. However, film borrows a lot from painting in terms of lighting, tone and composition. It is this crossover that intrigues me. I always found it interesting that after watching a film I’d often be left with the impression of seeing certain pictures, but then on re-watching, I realised they were never there. I used to think that stills were taken directly from the film, but actually they are set up separately, like tableaux which are able to communicate more of the story within a single frame. I mirror this process: constructing scenes that are suggestive but fairly tenuous, allowing the viewer to bring their own interpretation. I do not include people in the scenes because this would disrupt the emptiness and openness; it might hinder the space in which the imagination unfolds.

A: In a world ruled by constant information overload, news headlines, polarised politics and notifications, do your images deliberately lean into solitude or serenity? What value is there in the sensation of emptiness?
SM: I want to encourage viewers to look slowly, rather than presenting something that can be read, seen or digested instantly. This goes against the grain of the way we generally consume photography today. My spaces are empty, but there is a lot of detail, which is revealed gradually. I often include elements like floating leaves or pieces of paper, which somehow makes the space visible – almost solid. Perhaps this does produce a feeling of serenity, and it reflects the process when I’m in the studio: quite cut off from the world. It takes me a long time to produce work, and I think that slow process comes across in the final pieces. However, there is also a sense of unease within these suspended moments.

A: Your most recent series, Conservatory, includes staged scenes where patches of 18th and 19th century decoration still remain. How did you find these locations? How much do these settings dictate the final composite?
SM: I am lucky to have a studio in an old building – a Georgian mansion in South London – where I often set up scenes. The attic has been a source of idea generation as it has been left virtually untouched for decades. It contains a series of unusually shaped and dilapidated rooms. I’ve been inspired by their curious objects and decoration, such as layers of old wallpaper which are each representative of different eras.

A: In the Victorian era, floral wallpaper and terrariums were brought into the home in an attempt to reconnect with nature in a world that was going through rapid industrialisation into urbanism and so-called “progress.” How do you explore the representation of nature in the domestic space and our changing relationship with it?
SM: I remember reading a short story by Thomas Pynchon called Entropy (1960), in which the main character creates a tropical microclimate in his apartment – a kind of alter- native environment that is sealed off from the city. I saw a connection between this story and the Victorian interiors left peeling in my studio. In the 19th century, people brought the natural world inside the domestic space through floral decoration and the cultivation of exotic plants. These plants were available for the first time because they could be trans- ported in their own miniature micro-climates, in the form of the terrarium or Wardian cases. As the world was becoming increasingly urbanised, people were recreating organic land- scapes inside their living rooms in a highly controlled way. My images build on this idea, using a combination of living plants and renders like with the patterned wallpaper. There’s a play between “real” things and their representation. I’m also interested in the breakdown between interior and exterior – the foliage appears to have broken through the walls.

A: You also interject symbols of the digital age – including electrical cables and screens – which take over the space. What is the relevance of these items; are you trying to provoke a sense of unease or anachronism?
SM: The practice of bringing different objects into the same realm collapses the differences between them, for example the roots of plants and electrical cables. This is echoed in the way that natural objects and hardware can be associated through their lack of design: both of these are determined by their function, so they have an organic quality. They are also concealed in the fabric of the home, like wires in walls or under floors; they are not meant to be seen. Horror films often exploit the idea that there is a hidden, threatening presence within domestic spaces. The home becomes an uncanny and psychologically charged place. The most disturbing scenes often occur in the extremities of the house – in the basement or the attic. I play with these visual idioms.

A: Though your practice is very much about creation, construction and rebuilding, there is a certain amount of disorder and decay in the final images – from crumbling steps, abandoned plastic bottles, broken windows, graffiti and broken floorboards. Are you interested in presenting disarray and disorganisation in a new age very much defined by sanitation, power and control?
SM: I don’t really think of my work as being about disorder or decay, though these themes are valuable. I depict things which are falling apart simply because this allows me to explore all four corners of the composition and create anomalies within the image. It also reinforces the disintegration which exists formally in the texture – in the contrasting qualities of the source material I use. There is a relationship with ruins as a subject matter, but it’s more about the idea of the image itself falling apart or in the idea of producing a space that is awkward and does not quite fit together, ultimately because it has been built up from different visual fragments.

A: In a year of lockdowns, nationalised tier systems and widespread curfews, the contrast between exterior and interior has been completely juxtaposed and exaggerated. How has your work been given a new sense of meaning, either literally or figuratively? Do you view the pieces differently now, or did they already touch on familiar tropes that have only become over-emphasised?
SM: I have been examining the difference between inside and outside for some time. I often try to call attention to this boundary and complicate it. These contrasts could be literal: what’s inside a room is different to what’s outside through the window. However, I’m more concerned with the psycho- logical dimension: of what we think of as being “inside” or “outside.” This boundary is not straightforward. Being in lock- down means that you can’t just go inside and be alone in your room, and you can’t just go outside to do what you’d normally do there, because resources have been taken away. It means that our definitions have to be reconfigured. What also complicates things is we’re now being connected to the outside world through images on-screen, rather than through actually being there, so there is a layer of representation that separates us, and in a sense, this encloses us.

Suzanne Moxhay’s work is on show at the Royal Academy, London, until 3 January. 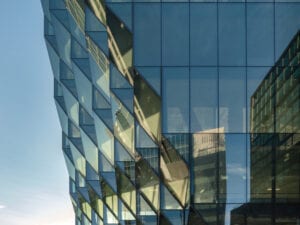 Building on the success of its A+Awards programme, the Architizer A+Firm Awards celebrates its inaugural edition. 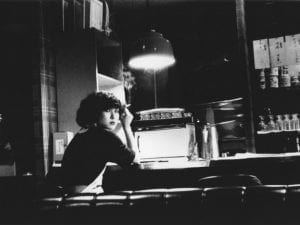 SAGE Paris brings together works by Daido Moriyama, Weegee and Eugène Atget, capturing the figures that define the urban terrain. 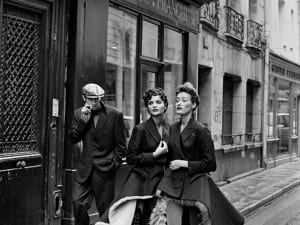 In recent years, the National Gallery of Victoria has been criticised for shying away from traditional “art exhibitions” and instead playing fodder to the masses with its interest in so-called “blockbuster” fashion and photography shows.