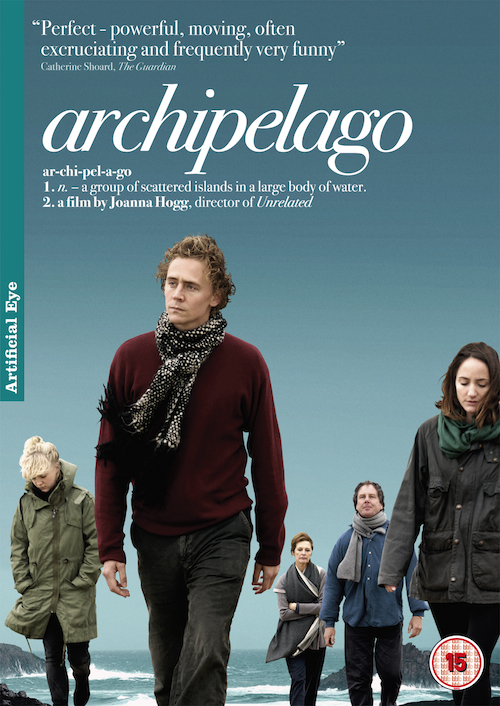 Joanna Hogg has earned an excellent reputation with her 2007 feature film, Unrelated. Her latest offering, Archipelago, is made in the same vein as her debut, in that it comments on the dynamic and often complex relationships between family members and wonderfully exposes moments of inner-awkwardness.

Edward (Tom Hiddleston) is about to embark upon a volunteer trip to Africa (odd that Hogg didn’t choose a country, it’s a big and diverse continent), and so his mother organises a family send-off on the Isles of Scilly. With the absence of his father, and his sister’s erratic outbursts, the family is at breaking point. What is meant to be a serene family holiday turns into an emotional break-down.

With non-actor and real life painter, Christopher Baker, playing a painter/mentor, there are moments when the dialogue becomes stifling. Long shots and limited camera movement creates a sense of stillness, perfectly embodying the location. It’s a new kind of cinema, giving viewers a stilted, but honest, portrayal – and that’s the beauty of it, there’s very little contrived.