Ana Sladetić is a Croatian artist,  currently undertaking a PhD at Academy of Fine Arts in Zagreb, studying the theme of “Visual Assey of Purity”. In her works she combines traditional with modern media, examining various topics, such as visual perception, epistemology and alienation from society. Since 2007, she has taken part to a number of solo and group exhibitions around Europe. We interview the artist to find out more about her current and past work.

A: What do you perceive as the best form to express your ideas?
AS: The best way I can express myself is through various media with no limit of inspiration in a particular moment. Most often it is a drawing, collage, printmaking or watercolor with installation or performance and video.

A: What or who has particularly influenced your work?
AS: As a child, I was most influenced by my mother, Slava Sladetic, textile designer. Later, during education, many artists and styles of different periods of time influenced me. The one from whom I get maximum support and inspiration, is my beloved husband, Miran Sabic, also an artist and great printmaker.

A: How has your art developed since you first started?
AS: I have always been interested in drawing as it is the closest to writing. Writing indelible lines are created on paper with various compositions, like some kind of game with energy. The drawing I gladly combined with collage and thus I created strip comics. Later during my study, I chose the class for applied graphics on Academy of Fine Arts in Zagreb. The important thing for me, is not to limit your desire and the will to create. I think it is within this direction that I am currently developing my work;  ideas have grown and they guide me.

I would certainly like to do something big and important. Apart from the technical aspect, in every new work, I try to improve and upgrade the idea and concept. The first works in opposition to the current, are different in technique and color. While in the first works I explicitly use monochrome ratio of black and white, in recent works I am combining the softness and color transitions of watercolors.

A: How did you develop the idea for you Memory series?
AS: The idea for taking the surface impression I achieved by thinking  about how  we remember and are we aware of experience (touch, sense in general) during a visit to some important sights. The work consists of a video recording of  the surface of the wall with the technique frottage. By tracing and fixing the structure of the surface, I rubbed with graphite on thin paper which laid over the surface – wall / border.

The walls that I have chosen are due to their historical significance – the institutions in the open (formerly active, now passive places). Instead of fascination with the place itself (matter), I am fascinated by the historical and political context of the place. It is also very important the impact of people on the place – what this place meant, and not the material remains (membrane of truth – what is true now, it may not be true for the next generation).

I question the loss of significance that a wall is a border or a barrier  through the history; within the new redecorated space, a wall becomes almost abstract phenomenon, without prior sense. Visual stains (frottage on paper) suggest that it is something “taken” from the matrix, “the recording of the real surface”.

A: Would you say your work also aims to send a precise message to today’s society? If so, which message?
AS :My artwork sends messages to society through covert or direct ways. I like to research the individual’s position, compared with his environment – which position he considers to be his own (in the workplace, in the family, partnership) and why. Also, I’m researching the questions of our sensitivity to the touch, as we are individually defined by the purity and embedded notions of hygiene. And, what kind of visual memory we remember during everyday life and during sleep?

A: About your current research, what do you expect to achieve/conclude?
AS:  I love to combine dimensions of light, raster, mechanic, heat or usage of liquids. My current artistic research, as I mentioned before, is my Ph.D. theme Visual Assay of Purity.

In written work, I wanted to make a section in which it will be seen how the visual image and promoting cleanness changed during the 20th and 21st centuries. The perception of  hygiene affected the generations and their vision of what is right to do and what not. Therefore, I made an analysis that chronologically follows the promotion of cleanliness in three aspects: the house, the institution and the country.

A: What drove you to choose this particular topic for your research?
AS: I got the idea by thinking about the complexity of human touch, and how it is interpreted today. I used thermocromatic ink, that is normally used in design and promotional purposes, and changed its original purpose by using it in art. The layer of black thermocromatic ink is covered over my original works made with aquarelle.

These works represent totally dirty and messy space, which we so gladly love to hide from society, because it is incomplete, unclean and unholy. The black thermocromatic ink covers these messy spaces, and makes them invisible. With touch of our warm hands the  ink disappears and we can, once more, see those messy spaces.

All of these scenes are taken in space where people really live and work. I wanted to achieve the notion that, by touch, each image changes its composition. I wanted to question whether the touch of today’s life is clean or unclean? Is it that by interfering in other people’s privacy we also become unclean or aware of humanity? 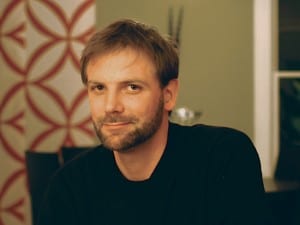 In conversation with Andrew Porter. 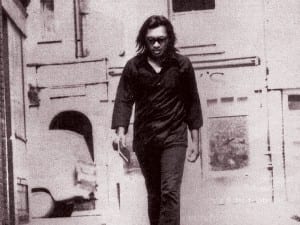 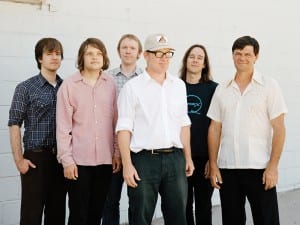 Lambchop’s latest album showcases an artist becoming more comfortable in his own efforts while embracing the band’s trademark youthful playfulness.