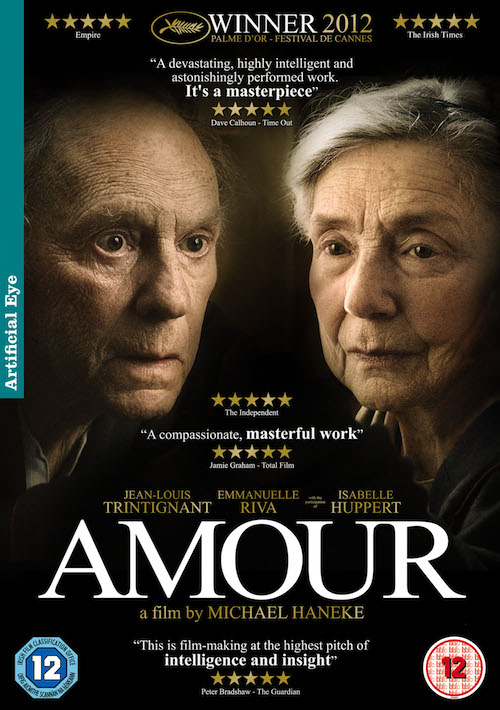 Named Best Foreign Language Film at the 2013 Golden Globes, and nominated for five Oscars, Amour is a heartbreaking film whose power lies in the universal matters it makes us confront. If you’ve ever loved, this story of an elderly couple facing the unthinkable – one half of their familiar, codependent unit fading away – will touch a raw nerve.

Georges and Anne (Jean-Louis Trintignant and Emmanuelle Riva) are retired music teachers in a warm, contented companionship. One day, though, Anne suffers a stroke, partially paralysing her. Further degeneration leads to sequences that are truly painful to watch: the brusque approach of heavy-handed nurses, the loss of Anne’s great dignity, and Georges’ struggles to cope.

Amour takes real endurance; it’s beautifully made and acted, but bleak. Its clever use of the long take adds to an overall sense of an inescapable, ongoing nightmare. As it draws to its inevitable conclusion, you’ll find nothing to fault about it technically. Worthy of all its accolades, it’s masterful work, but work you might not feel able to revisit.