Alluring Mysteries of the Everyday

Revolt of the Sage, opening this month at Blain Southern, takes its title from a work of the same name by Giorgio de Chirico painted in 1916. The exhibition features 16 artists, established and emerging, who explore the haunting melancholy of the here and now. De Chirico’s piece is what the artist would call the “metaphysical interior”, yet ephemeral items overflow into the crowded pictorial space. Frames, biscuits and measuring devices interrupt the image, drawing the viewers focus, while a strange perspective recedes into an irresolvable background. The artist explained in a letter around the time he created the piece, explains the “metaphysical interior” as depicting two realms; our finite condition, its loss and longing, and a secondary dimension where time does not exist. An existing text by the artist notes that “time does not exist and that on the great curve of eternity the past is the same as the future.”

Referencing de Chirico’s realms, and his metaphysical interior, Revolt of the Sage brings together a collection of artists who explore ruptures in time and the fascinating quandaries of the everyday. This range of artists use collage, juxtaposition, fragments, framing devices and layered imagery to explore these complex concepts and ideas. The exhibition features both new and existing work, contemporary artists alongside late post-war artists such as Lynn Chadwick, Hanne Darboven and Sigmar Polke. New works include pieces by Christian Marclay, which were created specifically in response to the exhibition, Michael Simpson, Simon Moretti, Erin Shirreff, John Stezaker and Paloma Varga Weisz also feature.

Curated by Simon Moretti and Craig Burnett, the show developed through their shared interest in de Chirico, Revolt of the Sage emerged with the thought that it would resonate with artists who work inhabit a space within de Chirico’s two realms, and that addresses the chasm between the here and the now. A set of motifs and ideas are taken from the painting of the same name. The piece stands with significance as it was chosen to illuminate works that evoke ideas of time, memory, anachronism and repetition.

Revolt of the Sage is at Blain Southern opens 24 November and runs until 21 January. 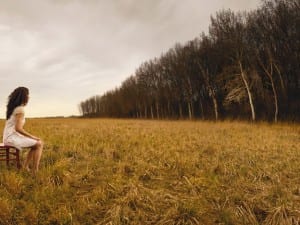 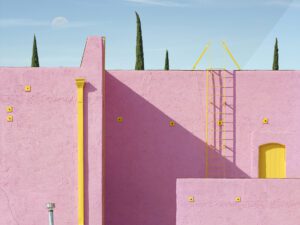