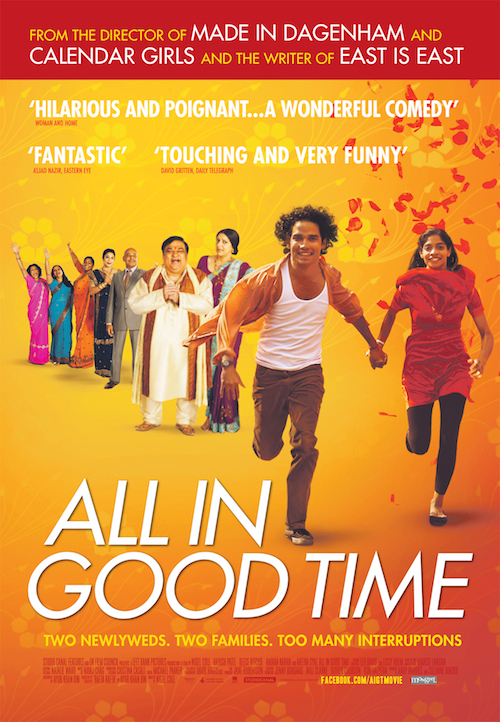 Ayub Karan Din’s Olivier Award winning play Rafta, Rafta lends itself superbly to the screen in this hugely enjoyable – if not exactly groundbreaking – adaptation. With genuine laugh-out-loud moments, All in Good Time revolves around young Asian newlyweds Atul and Vina (Reece Ritchie and Amara Karan) and their hilarious attempts to consummate their marriage.

At turns rudely interrupted by Atul’s father’s interventions, his parents’ own night-time activities, and the gossipy community that surrounds them, the couple look doomed to a gratification-free future. You wouldn’t imagine that such a basic story could be so engaging, but excellent comic performances, an overall affirming quality, and a fitting East meets West soundtrack make it so.

As Atul’s parents, Meera Syal and Harish Patel reprise their roles from the play in grand style, displaying impeccable timing as well as great sensitivity in a back-story involving their characters. Ultimately, the emphasis is on family, and you’ll be left wanting to embrace the family you have, for better or for worse.