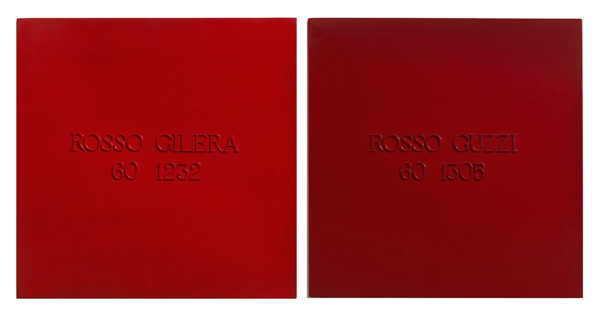 A special presentation of Alighiero Boetti’s post-war conceptual work graces the Frieze Masters programme, 15 – 19 October. The exhibition, staged by Luxembourg & Dayan, focuses on i Colori (1967) : a series of Boetti’s early monochromes, first shown at Galleria Stein, Turin, back in 1967. The prints feature superimposed, prefabricated cork letters on square wood and metal panels, and are uniformly coloured by a single industrial pigment. With their hard-edged, modern, glossy and urban feel, these works have been relatively unexplored and uncelebrated, until now.
Every year, Frieze Masters (part of Frieze London Art Fair), offers an alternative contemporary look at historical art, featuring leading galleries showcasing works from the ancient era and old masters to the late 20th century. By presenting Boetti’s lesser-known series against a modern-day art market, Frieze and Luxembourg & Dayan cleverly propose a renewed appreciation of the Turin-inspired work, whilst highlighting the artist’s long-term investigations into themes of repetition, the inadequacy of language and the dialectic exchange between two selves. Throughout the series, Boetti employs colour in a ready-made fashion with the most ordinary means available, fixing the material, cultural and aesthetic relationships in a succinct demonstration of colour as partaking in commodity fetishism. The works make use of new automobile paints stocked in local hardware stores in Turin, home to the Fiat headquarters and a car-conscious population. 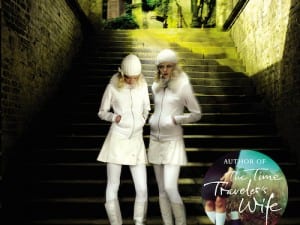 Audrey Niffenegger has returned with a powerful and rewarding story of two sets of twins and their relationships – how can you be both the same and different? 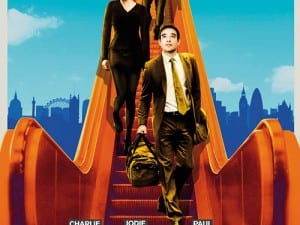 Brit-caper Hello Carter straddles the lines of standard rom-com fare, with a few belly laughs and a healthy amount of meet-cutes along the way.