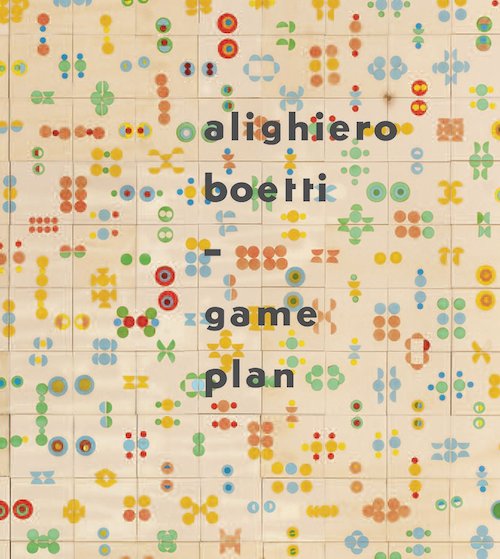 Alighiero Boetti (1940-1994) was one of the most innovative artists of the 20th century and a key member of the Arte Povera group. Published on the occasion of a major touring exhibition, this overview spans Boetti’s entire career. It begins with his sculptural works, moving on to his later work which saw the artist begin to explore notions of duality and multiplicity, order and disorder, travel and geography.

It is in this consideration of Boetti’s influence beyond his brief Arte Povera years that this overview succeeds; bringing together international critics and curators, each of whom examines a different aspect of Boetti’s achievements. Usefully, each text in Game Plan contains handy side notes relating to the page on which the reader may see the work being discussed; a feature much underused in collections of this kind.

Like Boetti’s work, this collection finds a balance between intellectual and sensible, critical and playful, offering an informed academic framework for understanding whilst simultaneously allowing Boetti’s work the chance to speak for itself.