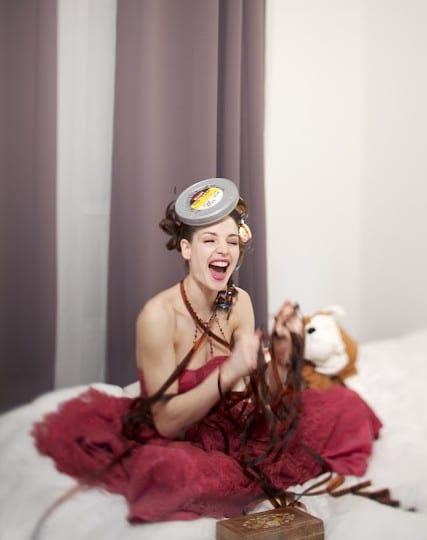 Incorporating creative programming and alternative venues, the Aesthetica Short Film Festival (ASFF) is the latest addition to the film festival circuit. To celebrate the launch of ASFF, we are running a series of interviews with the filmmakers throughout October. Here you can find out more about what motivates our filmmakers, and ASFF will give you the opportunity to experience their short films first hand. To watch these films, visit the Aesthetica Short Film Festival (ASFF) website to purchase your ticket. We have a limited number of Early-Bird weekend tickets available for £15. Don’t miss your opportunity to experience short film in the historic city of York.

Elsa Isoardi of WeGo Productions spoke to Aesthetica about Jour à Jour, J1… a short film that follows a secretary breaking into the shooting studio to live her princess moments. You can see Jour à Jour, J1… for yourself at Brandy Brown’s Little Cinema at 1331 at 4:00pm on Friday 4 and again at 4:00pm on Saturday 5 November, and at Micklegate Bar Museum at 11:45am on Sunday 6 November.

Being selected for ASFF is a real pleasure as it provides recognition for the work of the whole team. This type of screening really brings a project to life. Showing our work on an international stage and being judged by professionals from the industry is a fantastic opportunity. At WeGo we believe that a film is made to be screened, not stored! We are all incredibly grateful to ASFF for this opportunity and are very proud to be involved in the festival.

How do you describe your work? Do you see it falling into the genre of Drama?

Our production company, WeGo Productions, produced the movie Jour à Jour, J1... (Day to Day,D1…), the story is based on the fashion universe and deals with beauty, women and the difficulties they face. It’s therefore at the crossroad of different genres: drama, comedy…as well as experimental because the key element of this film is it format in 2D as well as in 3D…it’s an artistic and technological challenge in a comedy. Let’s say it’s a fresh and contemporary film and it’s a unique concept.

This movie was directed by Jean-Claude Flaccomio who comes from the advertising and feature world and specialises himself in stereoscopic 3D. His aim was to promote this new format as he noticed that only a few home-made productions dared to use 3D in France – because of the lack of audience awareness. Jean-Claude Flaccomio therefore, took an interesting educational and didactical approach: to shoot the same story simultaneously in 2D and stereoscopic 3D with of course different angles (3D shooting needs a different reflexion for shooting) so the audience would have the choice to see one or both authentic and independent versions as well as to make a comparison by experiencing two different sensations for a unique story.

Although the film will be only screened in 2D in the festival, its parallel in 3D offers a unique comparison between the two formats. This concept is a premiere in France. In addition to this technological challenge, we aimed at showing that 3D could not only accentuate the “circus effect”, felt for example with explosions in action movies, but that used with subtlety it could serve a comedy drama with dignity. Therefore we chose to relate the story of Martine, a Cinderella from the Modern Times, who in a night will transform herself and let all her range of personalities shine through her different dresses.This first short movie is the first chapter from a series of seven short movies.

The film then developed thanks to chance encounters: First of all with our Costume designer, Zelia a famous designer in Paris. As soon as we discovered her work it became obvious that it would perfectly suit and support 3D. Fashion thus plays a major role in our short film, and Zelia’s creations perfectly fit with the need of volume that 3D requires. Each dress has a singular style, its own identity and underlines the multiple aspects of the young woman’s personality. In addition we had the chance to meet fascinating people that agreed to contribute their skills and know-how in this artistic and technological challenge.

The main challenge for making this film was finding money (as is the case for many short films), because firstly we are a young production company (although our team has experience, the company was launched last year) and then because shooting in 2D and stereoscopic 3D was a daring challenge: Indeed using two cameras means spending more time to move machinery and lighting. As lightening is different in 3D, this required more attention. However as our director is experienced in stereoscopic 3D, he brought many ideas and tricks that make the job considerably easier than expected. Another challenge was time. This challenge is indeed linked to the prior one, because time is money! Because of the solid preparation we had, and the human relation we built for the project, we achieved in shooting the movie in three days! Post-production was a bit longer (especially with the effect and 3D correction required for stereoscopic 3D.)

It’s hard to give one title because short films are shot everyday and they all have qualities which I love. Shooting short film is one of those areas where there is no real chain of command, so directors can express themselves freely and it gives result with increasing creativity!

What are you working on next?
Actually we are trying to develop the adventures of Martine in the same concept (3D and 2D). Our team is ready to go on with us and we are now waiting for financial support.
We are then working on different projects from documentaries to features. We are not lacking from creativity, now we’ll have to meet the main challenge, find the funds! 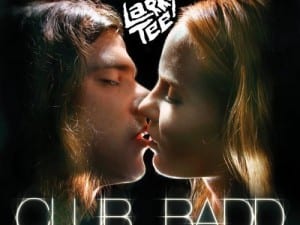 Having worked the New York club circuit for over a decade, Larry Tee is frequently credited as responsible for the initiation of electro-clash. 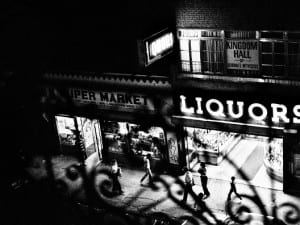 Ken Schles has been making photographic books for over a quarter of a century. Now, his portrayal of his own home shows in 40 black and white photographs a gritty and penetrating view of 1980s New York. 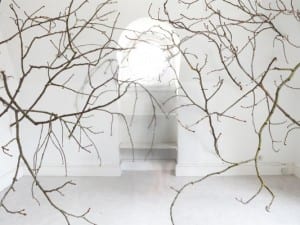