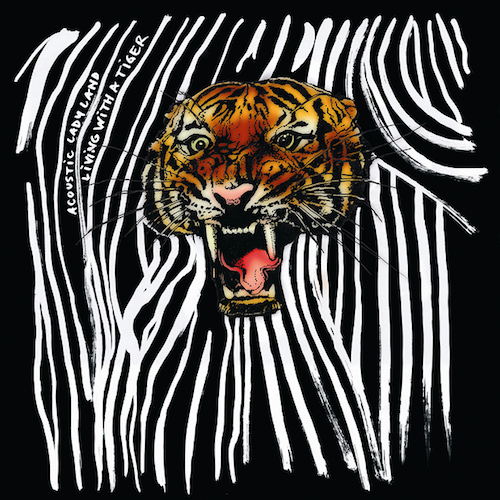 Living With A Tiger
Strong & Wrong

With vocals banished and a departure from 2006’s Skinny Grin, Acoustic Ladyland is back with something rather promising. Although, it can be tough to find your element in an instrumental album, Living With A Tiger assures any weary listener that this is, indeed possible.

There’s an underbelly of grime through­out the album’s 10 tracks, you want to be in a smoky basement bar sipping a martini. Culminating into more than just any old jazz album, Living With A Tiger, fulfils Wareham’s goal; he wanted his instrument to mimic the human voice, thereby creating a wordless song. Mission accomplished.

Opening track, Sport Mode, is so adventurous; it’s a funky dance, a great holiday, and a bendy road. The Mighty Q, named after Wareham’s son Quincy, showcases the band in full flow, at 4 1/2 minutes long, it’s expansive and wonderful. Living With A Tiger is the type of album that you turn to for reflection and to explore new horizons.
www.myspace.com/acousticladylandmusic.