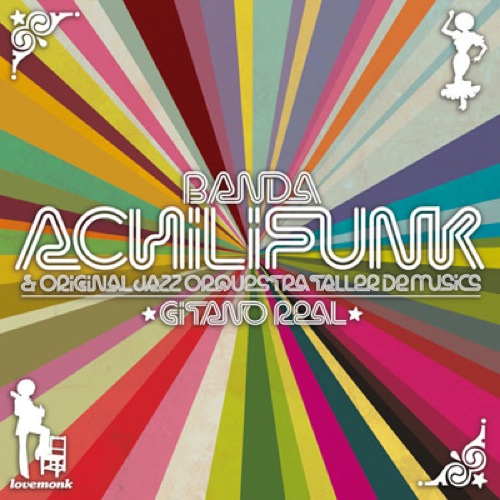 When the remarkable Achilifunk album was released nearly five years ago, it marked the start of something big on the rumba scene and focused attention on the culture and history of the genre – which is one with real authenticity. The history of rumba can be considered as the musical counterpart to Soviet socialist realism in that, during Franco’s dictatorship, artists who sang in Castilian, as opposed, to regional languages were co-opted by the regime. That was until artists such as La Troba Kung-Fú translated the musical language of rumba, re-styling it into a blend of frenetic street music and flamenco pop.

Like its predecessors in the trilogy, Gitano Real is an eclectic infusion of Txarly Brown’s specialist genre, rumba-funk and electronica, and matches homemade guitar tunes with classical elements of the genre including plenty of hand clapping and castanets. Brown has been working with Banda Achilifunk and The OJO, who add their own elements to this unique sound. The result is an album with a sound that is both infectious and enduring.