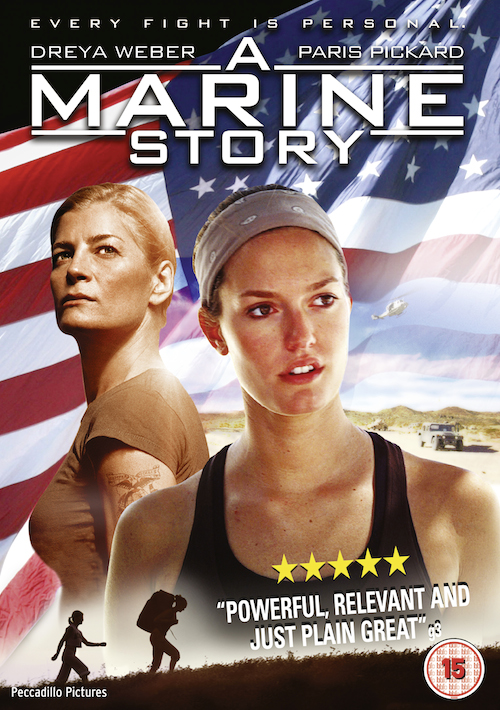 The last time writer/director Ned Farr and actress/producer Dreya Weber teamed up, the result was multi award-winning The Gymnast. With the bar set high, it’s no wonder that this second collaboration turned into a labour of love.

Self-funded, and making use of “borrowed” locations, this drama examines the profound personal impact of the US military’s “Don’t Ask Don’t Tell” policy.

When Marine Officer, Alex Everett – intelligently portrayed by Weber not as “other” but as entirely ordinary – is forced to return home from Iraq following the revelation of her sexuality, she returns to a vast, desert-like Californian landscape. The setting is perfectly chosen to reflect key themes of alienation and the stripping away of identity.

Also impressive is a scenario that avoids easy clichés. In less credible hands, for instance, it’s likely that Alex’s relationship with troubled trainee Marine, Saffron (Paris Pickard), would have followed a tired, old trajectory. As it stands, the film is a refreshing reminder that it’s possible to explore issues of sexuality without always foregrounding sex.