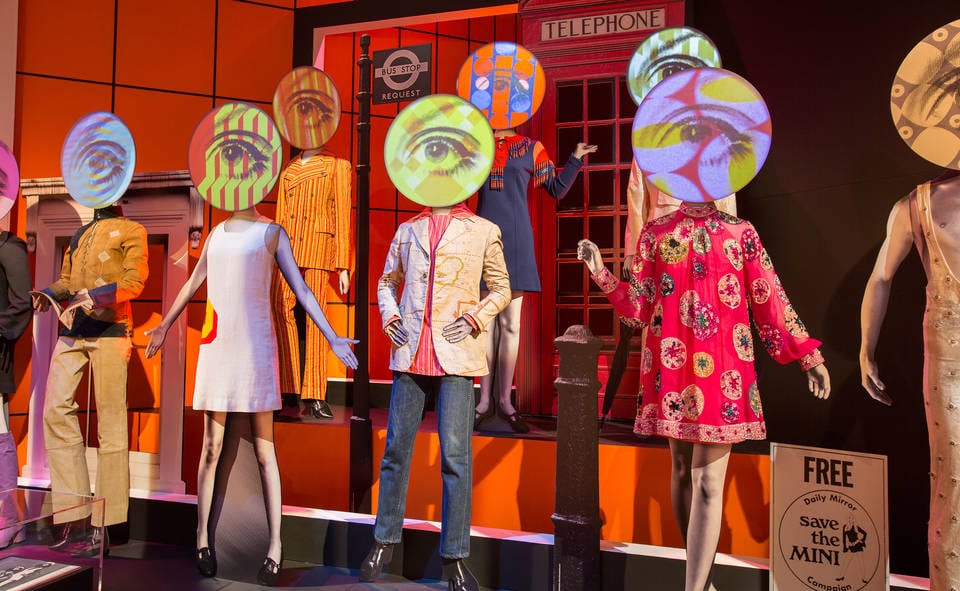 You Say You Want a Revolution? Records and Rebels 1966-70 is structured into six thematic threads, each investigating the social and cultural significance of the era through highly atmospheric installations. The exhibition explores the era-defining significance and impact of the late 1960s upon modern day life. From technology to global civil rights, the V&A investigates the changes that took place and the resulting fundamental shift in the mindset of the western world.

The first two strands examine the spectrums of youth identity and an experimentation with alternative metropolitan lifestyles. A recreation of the renowned Carnaby Street redefines the gallery space, infusing it with the vivid palettes of the 1966 fashion scene, as embodied by the androgynous teenage model Twiggy. Furthermore, a immersive evocation of London’s UFO club sheds light on the psychedelic and underground nature of the period. In this section, the influence of the likes of Pink Floyd and The Beatles is prominent, and songs from collective cultural memory form a backdrop to the display.

The later years of the decade are manifested in the political rebellions, exploring the revolution on the street and demonstrating how youth solidarity crossed causes and continents. From the 1968 Paris student riots to the widespread opposition to the Vietnam war, a wall of protest posters indicates the calls for solidarity and justice, with sources including revolutionary figures Che Guevara and Martin Luther King Junior. Running in parallel to the social upheaval was the rise of consumerism, fed by a rapid increase of personal wealth and the arrival of the credit card as depicted through the slogans, adverts and jingles of the decade. Film, sound and footage also explore the increase of television ownership in homes, a progression in technology that broadcasted landmark events, such as the 1969 moon landing to the public. A moonrock, on loan from NASA, alongside a space suit worn by William Anders, demonstrate the impact that this development had on the time period.

The final section of the show surveys the subcultures living on the USA’s west coast, a period heralded as the birthplace of a revolution in communications. With a grounding in rock music and rejection of institutions, these groups lived in parallel with another significant sub-culture, the pioneers of modern computing. This immersive installation includes artefacts such as a rare Apple 1 computer from the period. More than 350 objects, encompassing photography, posters, literature, music, film and fashion that defined the counterculture come together to illustrate the way a whole generation radically revolutionised their lives.

For contemporary art and culture, find us @Aestheticamag 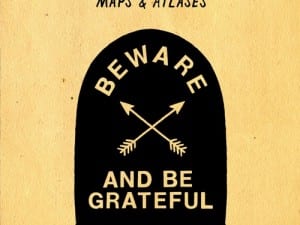 If you like Kings of Leon, the chances are you’ll love this second album from Chicago quartet Maps & Atlases. 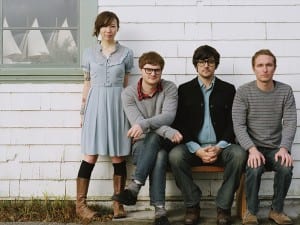