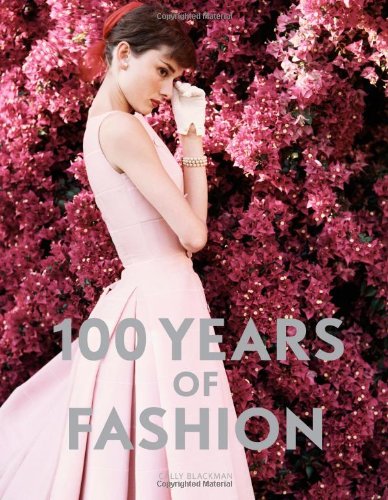 It’s not without significance that this book contains comparatively few photographs from the current decade. It hardly seems right that a text including a 1947 image depicting women in Chicago protesting outside Dior’s hotel against the impracticality of “dresses to the floor” should also contain a glossy image of Miley Cyrus in Valentino on the red carpet.

The last 100 years witnessed the transformation of women’s fashion. Charting the development of the style alongside social, political and economic changes, Blackman succeeds in providing an introduction to the various fashions. There are also some good moments of cohesion; a 1927 image of a woman handknitting a Fair Isle “jazz jumper” in Ardara, Ireland could just as well be an image from an editorial on the Lund sweater craze.

Organised into sections that include Youthquake, Amazons and New Looks, you can’t deny that 100 Years of Fashion is an excellent overview. However, with Blackman’s academic credentials, you can’t help but feel she’d have sooner written multiple texts that offer real critical and in-depth discussion.