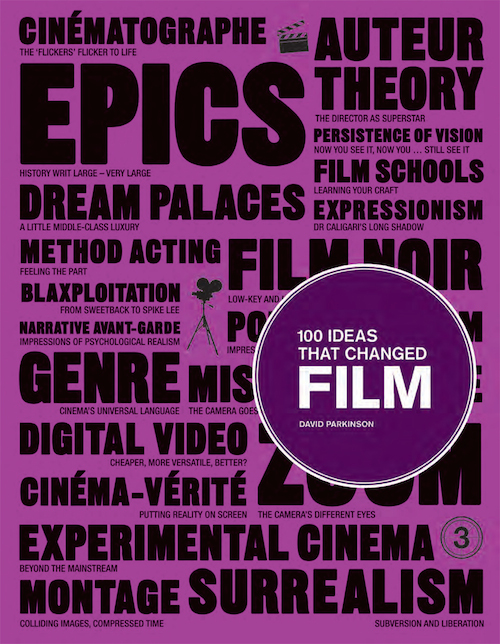 The history of film is broad, diverse and complicated, so any text that manages to distil 120 years of the moving image into a concise and stimulating read deserves celebrating.

David Parkinson has managed to chronicle the most influential ideas that have shaped film since its inception, covering topics ranging from “Magic Lanterns” and “Trick Films” to “Censorship” and “Feminist Film Theory” in a way that makes you want to return to a time before Orange Wednesdays and the all-consuming film franchise. It asks instead: What would it have been like to attend The Lumière Brothers’ 10-film presentation at the Grand Café, Paris in December 1895?

Looking ahead, Parkinson considers the possibility that cinema as a communal pastime may come to an end in the near future. Given the richness of the movements in this book, and the open-ended nature of the discussion, one would hope that film in its various forms will continue to inspire and challenge audiences long after they return this book to the shelf.