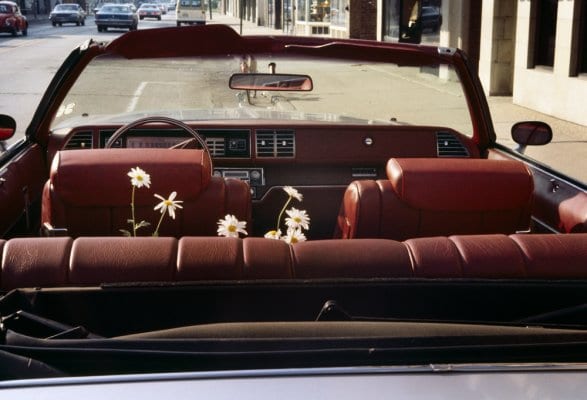 Vivian Maier’s (1926-2009) photographs came to light after her death, when a box of negatives was discovered at a local auction house in Chicago. The collection comprised over 100,000 images – which later became world-renowned. Her success initially came from black and white street photography and self-portraits. Foam highlights a lesser-known part of her career: colour works spanning 1956 to 1986. Claartje van Dijk, Head of Exhibitions, discusses the show’s curation and its availability online.

A: Works in Colour includes street scenes from Chicago – including people, objects, billboards and shop windows. Many of these are described ‘tongue-in-cheek’. Can you describe some examples of these
CvD: Vivian Maier documented scenes in daily life that could easily be overlooked, but when frozen in a photographic frame turn humorous; unexpected moments that might be missed in a living moment. One example is the image of a shop window showing a reproduction of a Mona Lisa painting with hair curlers. Another is the image of a woman’s legs , she is wearing an elegant red pump on her one foot while the other leg is packed in a cast.  The woman is trying to maintain some femininity after a trauma of some kind and Maier actually makes that very clear in this simple and seemingly silly moment she caught. One last example is the image of a sign displaying an anonymous text “JUST PUT ON A HAPP FACE”. The “Y” has fallen off the word “HAPPY” and the sentence  loses its meaning. By zooming in on details, Maier captures the essence of something both amusing and profound that are buried in the motion of daily life.

A: What are some of your favourite works in the show?
CvD: There is a work of a man holding a bouquet of big colorful balloons. This piece truly shows the magic of early color photography: the vibrant colors of the Ektachrome film that Maier used captured the texture and patterns on the balloons. Photographs like this create the illusion of looking through a window and back in time. There is one piece in the exhibition that illustrates how Maier’s late color work had a hint of abstraction. It is the photograph of a woman who is seen from the back and standing in her brightly colored dress wearing white high heels in front of a stack of newspapers. The horizontal, black and white stacks of paper form a stark contrast to the pink, yellow and bright white patterns on her garment. By leaving her face out of the photograph, Maier succeeds in highlighting the various components of the photograph without making it about the individual person.

A: How have you organised the photographs in terms of theme / chronology? What’s the structure of the show’s walkthrough?
CvD: The works will not be installed according to a firm theme, except for a separate section where a selection of Maier’s self-portraits will be presented together. The visitor can chose themselves how to experience the works and walk through the exhibition space. They can learn about various themes relating to Maier’s life and work throughout the space from short, in-depth texts.

A: How have you responded to the show being available virtually? What can audiences expect?
CvD:Due to the current restrictions, the exhibition will be installed at a later date. However, through the use of social media we will be showing selected works and sharing content in the coming weeks that we think will give great insights to the exhibition. So keep an eye out for that!

A: What do you hope viewers take away from the show?
CvD: Many people may be mostly familiar with Maier’s black and white photography. I hope this exhibition will show the extent of her work and how she developed as an artist. She experimented with composition and color and used recurring subjects and themes. She was an artist who excelled whether she photographed with black and white and colour.

The show will be part of Foam’s digital programmes over the coming weeks. For more information visit foam.org/foamathome 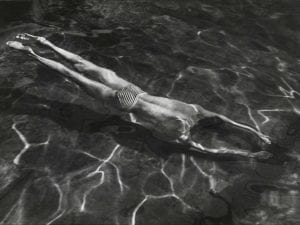 FOAM closes this year’s programme with a retrospective of André Kertész and contribution to the visual language of 20th photography. 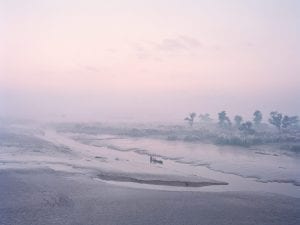