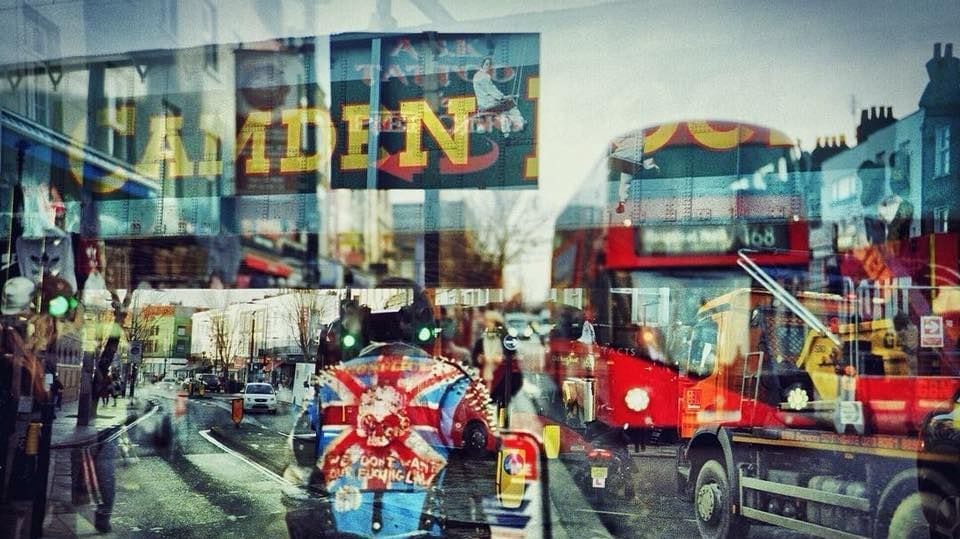 Herrick Gallery’s Londoners and their Environments, curated by Mara Alves, comprises a series of photographs by Venezuelan photographer Alexandro Pelaez, documenting professionals based in London and spaces they may cross on their way to work as imaginary journeys.  “Alexandro Pelaez’s body of works, presented for the first time at this solo exhibition, captures the distinctive environments, and its inhabitants, that are unique to London. The artist reveals the fascination of a city that never sleeps and is constantly breathing from its changing layers of multicultural rhythms.” – Mara Alves.

A: In a world where urbanity is taking over, and people are becoming accustomed to a different type of living, why is it important for you to document the metropolis and its inhabitants?
AP: I have always found metropolis cities fascinating, chaotic and full of energy. Maybe the fact that I was born and raised in Caracas, then lived in Boston and Rome before moving to London in 2001, drove the interest in documenting the people and their surroundings, especially London. I have been very fortunate to travel the world and visit many different cities, but I find London unique. London is without a doubt one of the most cosmopolitan and challenging cities in the world, and even though it is a grey city, the people fill it with colour.

One of the many things that I love about London is the diversity of people that live in it, from different cultures and backgrounds, religions, gender, race and nevertheless, we are all mixed. Even though we live in the same city, we can notice the difference within different zones in London, from how the people dress, talk, the vibe of each area; it’s nightlife, pubs, markets, restaurants and so on.

A:  How do the images communicate a sense of anonymity in a globalised world?
AP: London is not only cosmopolitan but a monster city regarding how big it is and the people it embraces, and there is that facelessness feeling of the people everywhere we go and so in my City series. In my Londoners series what I try to convey is that there is still a uniqueness in each anonymous person out there.  Every Londoner has a personality and most importantly, a story behind him or her as the story of why they have decided to live in London. It doesn’t matter whether they have the same job or the same nationality. Everyone has a different reason of why he or she wakes up every morning and do what he or she has to do to survive or make a living in a big city, one of the most expensive and challenging cities in the world.

A: Your images use an overlaying of composition; why did you choose this technique and what does it evoke regarding emotion/perception?
AP: With my “Londoners” series, before I take the portrait of someone I like to get to know a bit about the person before, so I research what are their job positions or thrives. That way I can ask them to bring their working tools when they come to the studio. I also like to chat with them 20-30 minutes when they arrive at the studio to have a good overall idea about them. This then helps me to get ideas of what images I would like to use on their portraits.

Since my pictures are very technical and consist of a series of layers, is very important for me to use the essential tools and images that are related to their profession. Each profession is a challenge to portrait, for example from an actor that doesn’t use working tools to a jewellery designer that uses various tools, the process of shooting is entirely different. For some it can be two frames in one, for others it can even be five frames in one. Each profession is a challenge to portrait, but the important thing is to keep it simple and to convey the beauty of their roles in the society.

As for the city series, I only have two frames in one so what I do is to try to get the essence of that specific area of the city or in some, even mix two different areas of the city. I like to capture the traffic, the red double-decker buses, the black cabs, the cyclists, the Londoners on their way to or leaving work, the tourists, the overall energy and colour that this beautiful metropolis city gives every day. London might be known around the world as a cold and grey city but is its people, the Londoners that warm, colours and gives it light. Moreover, this was my primary goal with this exhibition, to juxtapose and overlay London and its people.

A:  How do the works communicate a sense of rhythm/hyperreality?
AP: I would say that both series; Londoners and City communicate a sense of rhythm mainly from the technical aspect of it with the multiple exposure techniques applied in both series. There is continuity throughout Londoners for example because you have firstly them all placed at the same distance from the camera, changing the movements and poses depending to get most of the information across, even if it does not necessarily need to be evident in some cases. As for the City series, the rhythm is still the same as the Londoners due to double exposure, but maybe with the City series is where you get more sense of the hyperreality. The fact of seeing two different areas of the city in one picture, or perhaps like in many of the images you get to see a reflection of the double-decker buses mixed with a street, the crowd or an area of the city that gives you a sense of surrealism within reality.

A: Where do you get your inspiration?
AP: I got the inspiration for the Londoners series after working for over five years on one of my projects called Heroes & Villains (which won the Highly Commended Award by the London Photographic Association in 2014. It was also published in the London Independent Photography Magazine and the Artefacto Magazine in Venezuela) which was a series of portraits of the heroes and villains I grew up reading comic books and watching in the cinema and television series. Keep in mind that my models back then were action figures and collective models, so I wanted to challenge myself and do the same but this time with real people or the “real heroes” – the Londoners.

The inspiration for the city pictures came actually in a very natural way. Since the cameras and lenses that I use in the studio are big and bulky, I wanted to get a small camera and easy to carry with me for my every day and take pictures of my whereabouts and surroundings. I got a little 35mm film camera which I could also apply the multiple exposure techniques that I was already using in my portrait series. After shooting every day for a couple of years with my film camera, I started noticing the development of a set of street photos that related very much with my Londoners series… after all, I am also a Londoner.

A: What other projects do you have coming up this year?
AP: I have three more exhibitions or art shows coming up this year. The photographs are still going to be the City pictures in all three shows. The first one is taking place here in London in the middle of August at 54 The Galley on Shepherd Market (Mayfair) where I will be showing the London City pictures.  Then by the end of September, I will be exhibiting in Miami at the Art Center Miami in the Design District. Art Center Miami will also be taking my work and will be representing me for the second time at the Shanghai Art Fair on the first week of November where I will be showing the City pictures, but this time the series will feature Shanghai.

At Herrick Gallery, Mayfair branch, London from 29 May to 10 June. For more information, click here. 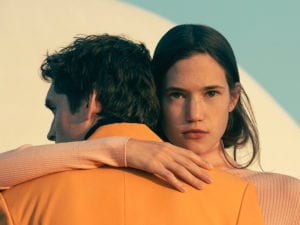 UK theatre company Forced Entertainment presents the UK premiere of their new performance, The Notebook, as part of After a War in the festival LIFT at Battersea Arts Centre in London.