Around 55% of the world’s population lives in urban areas. Chronicling this phenomenon is Michael Wolf, a photographer focusing his lens on the contemporary experience in major cities such as Hong Kong, Tokyo, Chicago and Paris. On view at House of Photography, Hamburg, Life in Cities addresses 21st century issues such as population compression, mass consumption and privacy. Featured here are images from Architecture of Density, a series exploring residential complexes in Hong Kong. The large scale, abstracted compositions emphasise the sheer scale of such developments, looking to ideas of anonymity whilst responding to the impact of globalisation. 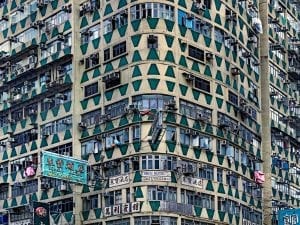