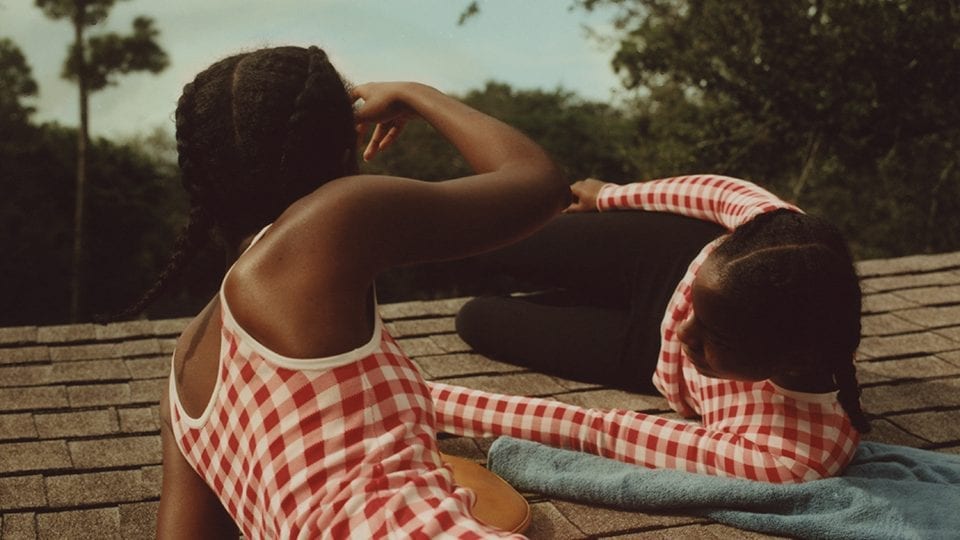 In an age where photography is being democratised, Foam’s 2018 Talents create an overview of the wider world in a time of upheaval and apprehension.

In 2011, for the November issue of Frieze, the critic Chris Wiley tried to understand the flux of contemporary media. “Inextricable from photography’s history is the idea that [it] acts as a kind of window into the world … transparent glass through which we see images.” We are living in a time of digital mania. Never before has there been such interest in producing pictures, from an institutional level to snapshots of people on the street. The numbers are simply staggering. When Wiley’s article was written, Facebook users were uploading 300m shots a day, whilst those uploaded to Flickr and Instagram had risen above 11 billion. “Everything and everyone on earth and beyond, it would seem, has been slotted somewhere in a rapacious, ever-expanding Borgesian library of representation that we have built for ourselves,” he wrote. “As a result, the possibility of making a photograph that can stake a claim to originality has been radically called into question.” Yet, at the same time, we have stopped trying to understand what is driving the aesthetics of our most successful contemporary artists. “What is missing,” Wiley writes, “is the impulse to identify schools or movements within new practices, and the desire to codify a set of common principles.”

Has anything changed in the seven years since Wiley wrote this piece? Writing in the The Guardian, Sean O’Hagan references Wiley’s article to explore where the medium might go now, as social media use has pushed us all further into uncharted territory. As it stands today, 350m images a day are now uploaded onto Facebook, whilst Instagram clocks in at 95m pictures and videos per day. Added to this, there are 188m daily active users of Snapchat. “Is photography,” O’Hagan writes, “exhausting itself through its very ubiquity, losing its meaning in an age of almost unimaginable overload? Faced with the unprecedented flow of digital images, one has to ask if the traditional status of photography as a way of documenting the world has been altered irrevocably. What role does reportage play when the smartphone has made us all potential citizen (photo)journalists?” What’s more, what does this daily barrage mean for those trying to make a living, and forge a career, out of the medium?

One institution has done more than most to help us understand the nuances of this loaded question. Foam, the museum and magazine based in Amsterdam, has, since 2007, organised Foam Talent, an annual Call for the most important emerging figures under the age of 35. For Elisa Medde, who has been the Managing Editor since 2012, the survey, and its shortlist, is “part of the larger mission to promote and provide a platform for young practitioners.”

The process is wholly democratic, based on an open submission basis. This year, the 20 names were chosen from 1,853 portfolios received from countries as diverse as South Korea, Somalia, Mozambique and Lebanon. Of the selected names in this year’s issue, artists from America, Europe and Japan feature alongside China, Russia and Ghana.

This initiative is, however, not the only annual survey of emerging talent. In the UK, British Journal of Photography publishes an annual Ones to Watch issue, whilst Aperture in New York often themes magazines around new voices from under-represented regions, with the Summer 2017 edition titled Platform Africa. However, Foam Talent is not just another print-based showcase of notable practitioners. The project is augmented by an exhibition, talks and an events programme that take in Amsterdam, New York, London and Frankfurt throughout the following year. Furthermore, work by one of the selected practitioners is then added to the permanent art collection of the Deutsche Börse Foundation in Frankfurt, with all the shortlistees catalogued within the ever-expanding allure of Instagram circulation and popularity.

But why are these platforms so important in charting the changing nature of art? How do they tell us more about the ways in which digital media alters our perception of archiving and data as opposed to meaningful compositions? Looking at each issue from 2007 to today, one can gather a sense of how the medium is being interrogated, and in what direction it is moving. Talent Calls such as these are about understanding photography through a period of change.

“The submissions – coming from all over the world – create a map,” Medde explains of its diversity and impact. “Next to floating trends and tendencies, artists keep focusing steadily on social, political and environmental concerns, very often entwined with identity and personal representations. Today’s emerging practitioners cross borders with striking ease. The making of classic two-dimensional representations is interchangeable with object installations, meaning that the experience of the work is important as the vision.”

Medde and the team, therefore, are not merely searching for interesting conceptual or technically impressive works. They’re looking for a series of pieces that, linked together, say something about the here and now – offering introspection in a world of disconnect. As jigsaw pieces meshed together, they create a blur of information about the contemporary experience. “We want to give a reliable idea of what this generation is working on in different areas of the planet,” Medde says. “We don’t see it simply as an award, but as a curated selection. We actively put together 20 bodies of work that we think of as somehow representative of a generation in a specific moment in time. We want images that are able to say something about what’s going on out there..”

So what has Foam made of this year’s crop? “The differences we noticed are related to tendencies in ways of working. We’re finding more longer-term projects, in which all the techniques are perceived increasingly as a tool, rather than the end result.” There is, she suggests, a simple reason behind these choices. “Younger generations are having lots of fun with photography – more than previous generations. The work is more playful, yet more conscious in a way,” Medde continues. “To me, it feels like they see it more as a craft.”

In an era when spontaneous protests are instantaneously captured by camera phone users on the ground, the hallowed ideals of reportage are surely in existential threat. Not so, according to Medde. But we will have to work to re-adapt what we understand to be “documentary” works. “Practitioners these days are capable of using all artistic techniques to build up new ways to address issues,” she says.

On the other end of the scale, the team has noticed works that, whilst being distinctly “photographic,” have used other disciplines as a way of informing the final series. In other words, the means contribute to their ends, and are deeply involved in the production along the way. “It could be sculpture or performance or poetry or journalism,” she says. “The works are free of strict boundaries of what an image should be or what it should convey.”

A good example of this is the Washington-born, Chicago-raised Daniel Shea, who, in March 2018, won the esteemed Foam Paul Huf award, earning him €20,000 and a solo show currently taking place at the Amsterdam gallery. Shea’s 43-35 10th Street, which was originally published by Kodoji Press last year, can be seen as a way of understanding the real estate gentrification of his neighbourhood in Long Island, Queens. Once an industrial area, the city is now home to such cultural destinations as MoMA PS1, as well as a gleaming new crop of expensive high-rise, new-build apartments which look out across the Manhattan cityscape.

Shea has reflected that modernist architecture “comes in the form of a utopia of consumer engagement.” To communicate this, he juxtaposes the Long Island images with studies of government buildings in Brazil, as well as a small industrial town in the margin-lands of California, to create a series that shows how structures can reinforce class boundaries and economic inequality. Shea’s artistic past includes time spent as a dedicated sculptor, and this is reflected in his feel for shape and contour, and a focus on the graphic elements of an architectural composition. Despite this, the pieces are essentially humanistic – aligned with ideals of documentary.

Durimel – twin brothers Jalan and Jibril Durimel – also included in the 2018 presentation, draw inspiration through their diversified upbringing between the French Antilles and the USA. Born in Paris to parents from the island of Guadeloupe, at the age of four they moved to Miami where they first immersed themselves in American culture. Each image demonstrates, as they note, “a passion for life’s unseen, romantic and graceful moments and in the desire to use their skill to tell the stories of all cultures of the diaspora.”

Similarly, Dima Komarov has amassed an impressive following on Instagram – under the handle of @_nothingxgood – for portraits of teenagers at play in St. Petersburg, as well as intimate shots of domestic buildings. Using a Canon 600d, Komarov started out as a street photographer – hanging out at skate parks and gigs and underground parties, taking shots as a way of fun. But recently he has moved into the realms of studio work, and in doing so has heightened his practice so it resembles an anarchic fashion shoot – the kind of collections that might be linked to the iconic visions of Larry Clark, Terry Richardson or Juergen Teller.

Unlike the sense of hedonism conjured with these household fashion names, however, Komarov has a distinct point to communicate, connected with his identity. “Russian youth culture is becoming more similar to the West,” Komarov states in an interview with It’s Nice That (Laura Isabella, April 2018). “But I feel that a global boom is still to come because we can still feel the pressure and prejudice of the older generations in Russia. We also live under harsh control; the government doesn’t want to support young people.”

Komarov indicates the power of image-making to continually reassess our place within society – panning from the individual into the universal. Pulling together various experiences – those included in this year’s Foam Talent are, therefore, a litmus test of where photography can go and what it can do through the seemingly omniscient eyes of digital feeds. So is art more about accessibility and experimentation in an age of overload? Or is it about curation – selecting and editing with precision? “It’s clear practitioners are more conscious of the opportunities they have within their hands,” Medde concludes. “If they can make use of a platform, or a tool, they will.” 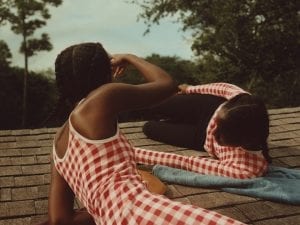 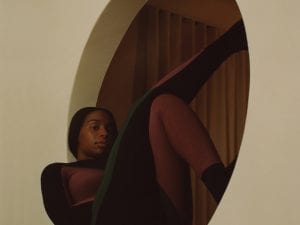 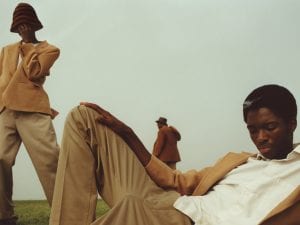 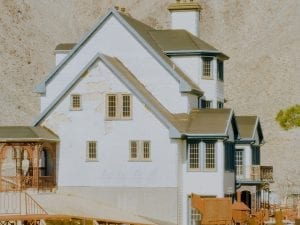 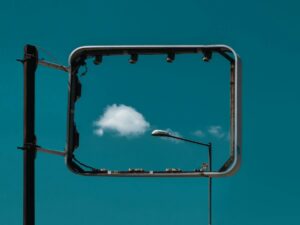 Andrea Lohmann’s compositions are inspired by the built environment: structures from the post- war period complemented by passing clouds. 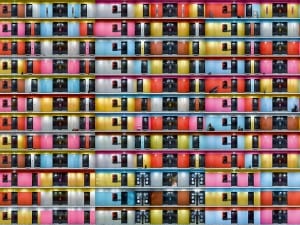 Roger Frei operates at the confluence of the public and private realm, capturing the functionalism of vivid, mass-manufactured structures. 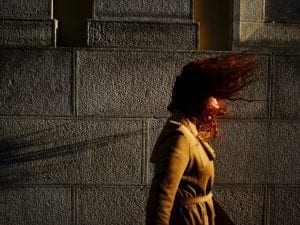 The third annual LensCulture Street Photography Awards invites artists to delve back into the world of the quotidian through the lens of the metropolis.