With over 115 of the world’s leading fine art photography galleries and institutions attending the 37th edition of The Photography Show, presented by AIPAD, Aesthetica has compiled a list of top 10 highlights for the internationally attended event. The selection of displays, exhibitions, talks and screenings demonstrate a breadth of globally relevant themes, experimental practices and pioneering examples of visual art.

3. Stephen Bulger Gallery, Toronto (Booth 602)
With the support of a Guggenheim fellowship, Scott Conarroe looks at how climate change can affect boundaries in the Alps. As permafrost retreats even higher, terrain no longer conforms to borders established in the last century. Through a series of bilateral agreements Switzerland, Italy, Austria, and France have rendered sections of their borders fluid.

4. ClampArt, New York (Booth 437)
Lissa Rivera’s 2015 series Beautiful Boy focuses on the artist’s domestic partner and muse, whose gender identity cannot be categorised as solely male or female. The photographs provide a canvas to investigate the visual language of womanhood and recall childhood fantasies of dressing up, tapping into deep-seated narratives about desire, beauty and cultural taboo.

5. Yancey Richardson Gallery, New York (Booth 601)
Yancey Richardson offers a number of works by 21st century African American artists, including a large booth devoted to Mickalene Thomas, who has had recent exhibitions at the Aspen Art Museum and MOCA. Zanele Muholi is also amongst those represented at the show, as well as Paul Mpagi Sepuya, whose pieces have been recently acquired by MoMA, The Whitney, ICP and The Guggenheim.

7. IBASHO, Antwerp (Booth 408)
Motohiro Takeda first became fascinated by the camera obscura and the idea of being inside the camera whilst studying at Parsons in New York. His series Another Sun was the result of a discovery by Takeda of an accidental registration of the sun on the photographic paper hanging in his apartment.

8. Special Projects: Curated Exhibitions
For the first time, The Photography Show present exhibitions from private collections: Structures of Identity: Photography from The Walther Collection explores the ways that photographers, across a range of cultures and historical periods, have used portraiture to affirm or challenge social stereotypes constructed around notions of race, gender, class, and nationality.

The Light in Cuban Eyes from the collection of Madeleine P. Plonsker, documents the artistic path of contemporary Cuban photography from 1992 (when the Soviets left the island) to the present.

9. Special Projects: Portraits with the World’s First Digital Camera (Booth 509)
When Eastman Kodak released the first digital camera system in 1991, Lucien Samaha was in the right place at the right time. Two years prior, he was welcomed into the Kodak familiy as the company’s first photography student to receive a scholarship and teaching position, and when the first digital camera, the Kodak Professional DCS, was released, he was one of a few selected to test and research it. Portraits with the world’s first digital camera can be made by appointment at the booth. 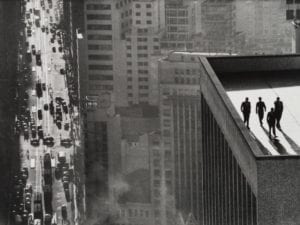 Starting out as Man Ray’s protégé in the 1950s, Guy Bourdin’s influential 40-year career was founded on a unique approach to 20th century fashion. 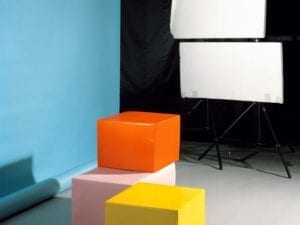