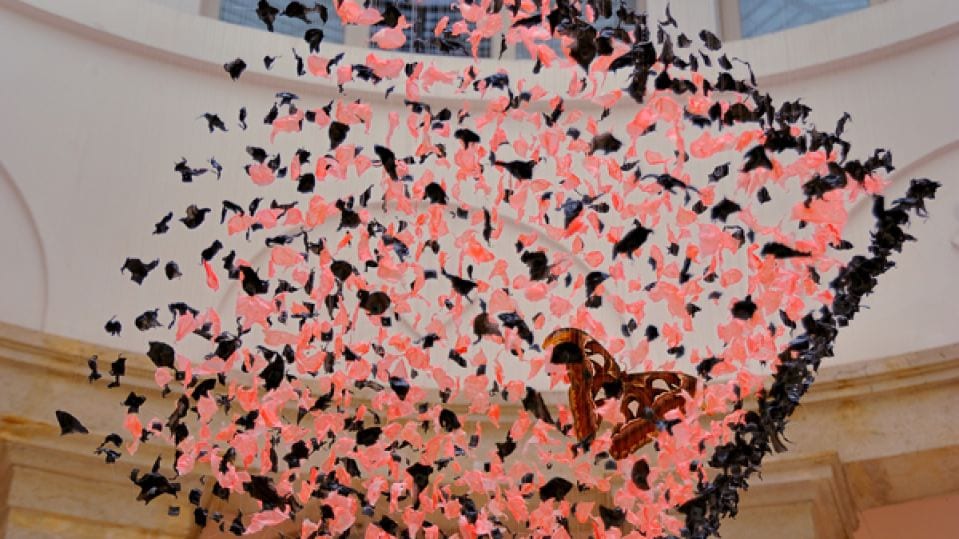 This year FIAC was once again a resounding success. While the Grand Palais hosted well-established artists, and a few no-risk galleries, the (Off)icial branch of FIAC held in the Cité de la Mode et du Design allowed visitors to get a taste of less well-known artists. A few of the exhibits are destined to become iconic. The larger pieces are, as usual, the best contenders in this respect. Richard Jackson’s Bobble Head is probably the one that most would have selected as the mascot of the fair. It’s an overlarge kitsch car gadget bearing the artist’s own traits. The touch that made the sculpture more than just striking were the tips of the puppet’s fingers, coated in a green substance that evoked both blood and paint, suggesting the intimate link between madness and art. Jackson’s mixture of the sinister and the comic make his work memorable. Jan Fabre’s giant marble representation of a brain with a marble corkscrew sticking out of it struck a similarly pathological serio-comic note.

This year, the artists that were the most mesmerising, through their ability to surprise and generate emotion, were generally women. The heightened imaginative tenor of their works was often achieved through the dexterous use of suspending threads. Claire Morgan’s delicate fine wire art evoked death in the most poetic and enchanting terms. Falling Down depicts a stuffed rat eternally dropping through rows and rows of suspended flies. Coming Down suspends a cloud of dandelion seeds around a pair of falling love birds.

Another fantastic artist who uses thread to sensationally dreamy effect, though in a very different register, is the Japanese sculptress Chiharu Shiota. Her most spectacular works were not present but even a relatively small piece like State of Being, a work that suspends a vintage chair in a nest of black thread, is enough to free the viewer into what J. G. Ballard called “inner space”.

A presentation of work from Annette Messager was one of the most captivating parts of the fair. Drawing on her imagination, Messager’s installation used suspension as a powerful dream-inducing tool. Messager’s layering of small framed photographs of parts of the body, juxtaposed with framed lettering, created an arresting, deeply stirring, soul-searching experience. Tony Oursler’s giant video eyes offered an encounter with strangeness that was almost as powerfully engrossing.

The atmosphere at FIAC was in itself an artistic experience. One visitor I came upon looked like a performance artist pretending to be an ordinary gallery attendee. She was covered in a garment that sported high-relief mouths stitched with protruding tongues whose colours seemed to lick at you. An even more exciting moment for me was turning round to find Gilbert and George dressed in otherworldly tweed suits, one rusty russet, the other dark grass green. 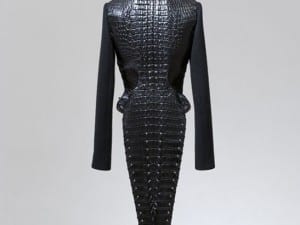 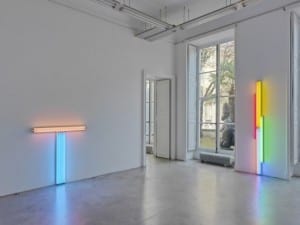