The increase and proliferation of digital technologies – including smart phones, watches and even drones – means it has never been easier to create and share images. The 2018 Sony World Photography Awards shortlist reflects this accessibility, offering diverse perspectives from the around the world . The initiative brings together a wealth of creative talent, establishing current artistic trends whilst celebrating a diverse range of styles, genres and subject matters across the Professional, Open, Youth and Student Focus competitions. This year’s iteration received unprecedented attention, reflecting a growing global interest in the medium.

For example, works by Tania Franco Klein, an artist featured in Aesthetica Issue 80 and shortlisted for the 2017 Aesthetica Art Prize, form part of the Professional category. The images – which occupy the new Creative strand – are taken from Our Life In Shadows, a series inspired by the pursuit of the American Dream. The fragmented images evoke a sense of isolation and anxiety, depicting anonymous figures searching for a release from an overstimulated society. Franco Klein notes: “Philosopher Byung-Chul Han once said that we live in an era of exhaustion, caused by an incessant compulsion to perform. We now experience the neuronal era characterised by depression, attention deficit and bipolar disorder. My characters find themselves melting into places – constantly looking for any possibility of escape.” Robert Walker, another Aesthetica Art Prize alumnus, features on the Commended list, with his contribution to the Architecture strand. The work depicts a smoke bomb being released behind the Wahat Al Karama memorial in Abu Dhabi.

Another chosen image by Loïc Vendrame, depicts the built environment in Morocco. Tassoultante (shown above), from the series Riad Mirage Club, investigates the impact of the 2008 global financial crisis on the region’s urban landscape, traversing ghost towns, abandoned tourism projects and unused infrastructures to point towards wider human and economic narratives. Viewing topographies from another angle, Paranyu Pithayarungsarit’s featured Landscape and Nature piece, The Great Wall of Namib, explores the history of the oldest desert in the world, highlighting the surprising visual symmetry and sublimity of the locale.

The winners are announced 19 April, followed by an exhibition at Somerset House, London from 20 April. Find out more here.

Entries for the Aesthetica Art Prize are open until 31 August. 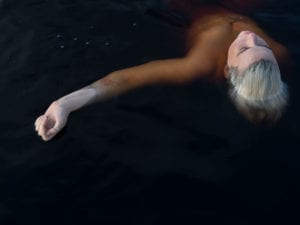 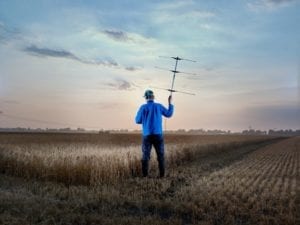 The Sony World Photography Awards returns for 2020, announcing the finalists and shortlist whilst introducing a new Environment category.