Review: Paul Maheke’s I Lost Track of the Swarm at South London Gallery

Though filling only two small rooms on South London Gallery’s first floor, Paul Maheke’s I Lost Track of the Swarm has scope far exceeding its confines. A ‘self-taught feminist’ with a particular interest in the pro-black and pro-sex movements, Maheke shies away from aligning his work with academia, preferring to think of it as poetical over theoretical. It is, nonetheless, both intellectually sophisticated and affectively powerful: the kind of output that can be felt and thought about with equal effect.

The two pieces constituting the exhibition, which were created as part of a six month SLG Graduate Residency, are subtly interdependent. In the first room, containing the eponymous I Lost Track of the Swarm (2016), viewers find themselves triangulated in the centre of a three-screen video installation. The videos are looped variations on a theme, each showing Maheke dancing in a room illuminated by a single light. In one loop it is attached to his waist, in another it is held in his hands, and in a third it appears to be directed from behind him.

Each of these light sources adds an entity to the composition. Our attention is split between the moving steady-cam operator whose position we occupy as viewers, the body we are watching, and the shadow it projects. With each source the dynamic effect of the shadow on the opposing wall is different, magnifying and prioritising the whole body, the tiniest gesture of fingers which happen before the light, or simply the movement of the hips projecting light where no shadow is cast.  Maheke describes his work – and use of dance within it – as concerned with ‘the body as an archive with its own cartography and colonised zones’. Here the body, its movement, and the perspectives that constitute it are exploded.

As for our perspective, to watch a lone dancer is candid and intimate, and yet the physical memory their movement lays bare is not clearly legible. There is a formlessness to the moving silhouette, and this formlessness is mirrored by a white curtain covering the gallery’s window and offsetting the formality of the space. A digitally printed slogan on the curtain reads: ‘The wavering of the swarm as a resilient flicker, a gesture towards transformation’.

The luminous ceiling of the room also references the swarm. Animating the white walls of the space with a buzzing lavender glow, the silhouettes of plastic cockroaches, leaves, and synthetic hair show through, informing a reaction to the gallery space and our position in it through our associations with such objects.

The lavender light is the first of several parallels between the first room and the second, which contains Transformation (2016). In the former we are invited to watch a body, in the latter we are invited to take its place.  Here, between another lavender light and a rough-shag carpet which creates no shadow, Maheke creates a kind of dance floor – a highly politicised space in his practice – and encourages us to use it. With a soundtrack comprising electronic beats, traditional Leele (Congolese clan) songs, and West African club music produced in collaboration with sound artist Nkisi of NON Worldwide, even the most rigid viewer may be induced to some small kind of movement. The effect is one of liminality: the dancer of the first room dances to no music, we do; that dancer casts a shadow, we do not. In filling this second space we are, indeed, transformed.

The experience is not totalising. It does not provide answers, but then Maheke has said of his process that it does not require fulfilment. Rather, I Lost Track of the Swarm asks what happens when bodies speak for themselves, unpack and map themselves, perhaps even in spite of themselves… In this it is an interesting and powerful piece of work.

Paul Maheke: I Lost Track of the Swarm, South London Gallery, 18 March – 22 May 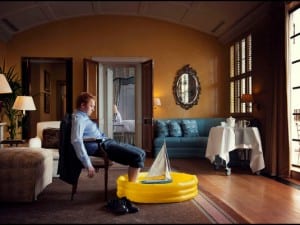 Photographs of well-known faces playing various roles in unusual settings will be on display in Dark Tales, the first solo show by internationally acclaimed Rich Hardcastle at Mead Carney. 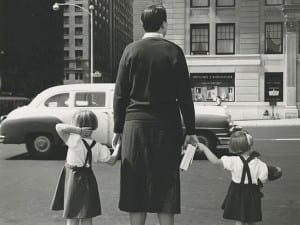 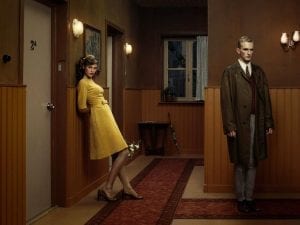