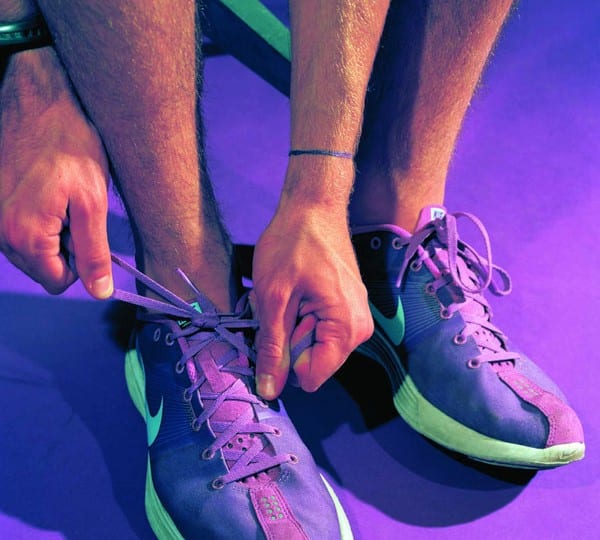 Once again the Bloomberg New Contemporaries exhibition, having begun its nationwide tour in Liverpool, has come to rest at one of its regular stops, the ICA London. For those unfamiliar with the New Contemporaries premise, the exhibition contains a small selection (29 selected from over 1,200) of this year’s crop of British art school graduates, picked by a panel of previous New Contemporaries. From Jackson Sprague’s astonishing Crystacal plaster sculpture, white and tiered on a pink, spiralled, cylindrical base, like a grandiloquent wedding cake (untitled, 2011), to Freya Douglas’s Elysian watercolour, They Visited Twice (2012), and Simon Senn’s Meadowlands Zone 1 (2010) in which a dynamic twenty-second documentary sequence set in Soweto is unveiled as fabrication, the works at this year’s New Contemporaries do not disappoint in breadth or ambition.

Entering the ICA, even before taking the stairs down to the ground floor gallery space, the sound of tapping and squawking can be heard. The noise emanates from a black monitor screen set on a white plinth. With its back to the stairs, the screen faces out into the gallery. The source of the ruckus is a parrot, and its squawks are suspiciously regular; the shot has been looped. The next image on screen is the rippled surface of a cerulean swimming pool. Again the shot is looped, but whilst the parrot’s jerky motions immediately betrayed the edits in the footage, the swimming pool hides them. Between each new shot is a number, large and white on a black screen, the number of repetitions of the subsequent clip. The video is Piotr Krzymowski’s 73 (2012).

Facing Krzymowski’s monitor, across the length of the gallery, is Tony Law’s Strolling (2012). The work, a projection, uses poor quality, appropriated footage from numerous films. Each sequence shows an Asian woman, walking dolefully, either along city streets or dawdling past high-up stone balustrades. Perhaps allowing fingers to trail on the stone or casting sulky glances across the camera. The emphasis on the cinematic cliché echoes the themes of Krzymowski’s video, though in this case it is a repetition of an action rather than an image. Both films contest cinema’s linear structure, disconnecting and recapitulating shots and tropes for analysis; Krzymowski’s focus levelled at the exertion of the edit, and Law’s on the improbable subject.

Lauren Godfrey’s print Ravioli Blank (2012) consists simply of a mottled, black rectangle with five mustard yellow squares at its lower edge. The squares resemble the ravioli pieces of the title, and the paper is held in place on the wall by unusual circular metal clips – tip trays. On the floor, its partner piece, Spaghetti Alle Vongole (2011), contains a similar absurd clarity. The work’s title spelled out in roughly carved clamshells (the dish, of course, ‘spaghetti with clams’) glued to a rusted steel strip.

Entering the upstairs galleries the viewer is challenged to a dual by Anita Deleny Untitled (ready for a fight) (2011). A girl on screen stands in a small dingy courtyard fists raised, arms shaking. A cigarette protrudes through a hole in the white rag that covers her head. She wears a loose vest, and droopy-comedy pants. Her hands and feet are wet. The image, at first startling, becomes risible with extended viewing. As with Godfrey’s work, the impression of poker-faced image and material is overruled by substance, a clean modernist assemblage sabotaged by a tongue-in-cheek culinary thematic, and a fighter too theatrical to be feared.

I watch Deleney’s disquieting fighter to the soundtrack of The Doors’, Roadhouse Blues, drifting from the next room. The room turns out to be a cinema space, and inside there is another boxer. This one is in a boxing ring, fighting in slow motion. Conspicuous, manipulative edits make him to shift back and forth, fast and slow, throughout the fight. A brutal masculine display remixed into a rock ’n’ roll dance. Later in the cinema-room showreel there is another dance, a delirious, infectious, rhythmic improvisation, courtesy of Evarist Maiga (Improvisation, pain and joy, 2012). All the work in this year’s new contemporaries is strong, but this is the work that stays with me as I leave the ICA. 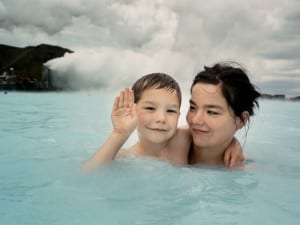 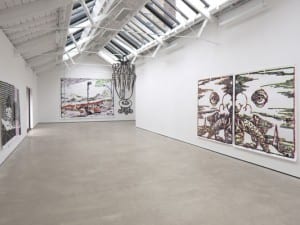