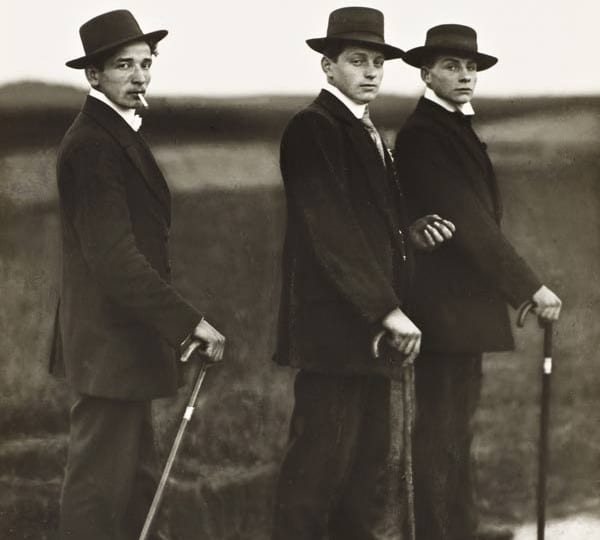 Women, hands, men, tools, children, meandering rivers, eyes, mountains, mouths, the sky, distant homes, artists, death, power, poverty, ignorance, loneliness, circus people, smiles, suits, frowns, overalls, coats, ankles, shoes, frocks and souls. August Sander’s photographs encompass all emotions and circumstances that have long been endured by people of both disadvantaged and privileged backgrounds alike. Now all those endured emotions and circumstances, precisely 175 photographs, are at the New Walk Museum and Art Gallery in the heart of Leicester waiting to be internalised by the art-lovers of the 21st century.

In his life of 87 years August Sander witnessed some of the harshest political climates ever experienced in the history of the world. He photographed humans in their most humane circumstances and also, bitterly enough, in their least humane. He photographed the untouched landscapes of Siebengebirge but he also portrayed the exhausted faces of farmer’s wives, travelling people, servants, political prisoners and the persecuted. Sander’s natural photographic depictions of people the way they were, not in pose, distribute a strong sense of reality. Perhaps, this idea of “new photography” as photography developed into being an artform is better explained by Sander’s words: “Nothing is more hateful to me than photography sugar-coated with gimmicks, poses and false effects. Therefore, let me speak the truth in all honesty about our age and the people of our age.”

Faced with the realities of the First World War, the Nazi regime, the Second World War, poverty, suffering and death; how could Sander portray life in Germany through rose-tinted glasses? His cross-sectional study of German society through the camera lens could only possibly portray the harsh realities of his day. Sander’s extensive project People of the 20th Century is thus probably the most realistic and pain-staking photographic project undertaken in a time of upheaval and dramatic change. Seeing portraits of Nazi officials opposite portraits of the persecuted, artists and philosophers creates a dichotomy seldom experienced in the photography of early 20th century.

People of the 20th Century, comprises of seven subject titles; The Farmer, The Skilled Tradesman, Woman, Classes and Professions, The Artists, The City and The Last People. This section gives the audience an all-round idea of the personalities of the people of that era, whereas Studies on the Human Being offers a detailed study of hands. These photographs focus solely on the hands of the sitter. Some were taken with only the hands in shot and in others Sander used the negatives of people that he had already captured in his lens and made details of the hands. Hands are a crucial extremity of the human body not only due to their capacity to perform tasks but also because they speak about the person to whom they belong. Hands and tools, hands and brushes, hands on hands; hands and life- hands can create and hands can take away life, art, beauty, pain and salvation- hands of doing and hands of forbidding- hands that tell stories…

Walking around the exhibition and feeling Sander’s cautionary hand on one’s shoulder brings us to that last fatal photograph; the Death Mask of Erich Sander. Erich Sander, August’s son, was imprisoned by the Nazis for his Communist activities for a decade and died in prison from inadequate medical care. The photograph is almost a eulogy for his son. If the acknowledgement of the totality of the 40,000 photographs in Sander’s archive sends a chill down our spines, this single photograph shoots through us like bullets purely because of the subject of the work. “Photography can represent things in grandiose beauty, or in terrible truth, but can also betray incredibly. To see the truth we must learn to bear but we should hand it over to our contemporaries and posterity regardless whether it be favourable for us or not.” Sander, as the hands of creation, accepts the pains of living when he makes such a personal yet theoretical explanation.

The exhibition is also a eulogy for August Sander himself. The political climate of his day did not only take away his beloved son from him but also his studio, which was destroyed in 1944 during the allied bombing of Cologne. In 2002, it had been almost 93 years since Sander started his work on the People of the 20th Century when a seven-volume version of his work was published. The touring exhibition Artist Rooms: August Sander was sponsored by the Art Fund and curated by his grandson Gerd Sander and reminds all of us alive today of the tortures and difficulties that the dead and the living of the 20thcentury endured. 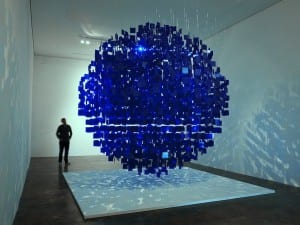 The leading Latin American art fair will return for its 11th edition in the Ciccillo Matarazzo pavilion at the Ibirapuera Park in Sao Paulo, Brazil, designed by Pritzker Laureate and Oscar Niemeyer. 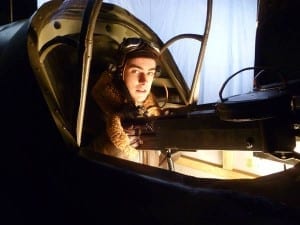 With ASFF opening in just over one month, Aesthetica takes the time to interview filmmakers screening films at the festival this year. David Fairhead is the man behind The Long Journey Home.