Fashion, when not falling under the category of Anna Wintour’s “dirty word” trend, can be iconic and timeless. Even more timeless than the high-end garments themselves are the photographs taken to capture their elegance. Fashion photography has been evolving over the past 100 years, and Mayfair’s LUMAS gallery is currently shining light on the genre’s masterpieces in a preview for a few short days before opening the official exhibition across its 35 galleries around the world.

Both previously published and a selection of unpublished limited edition photographs are on display mostly on the gallery’s lower level, featuring pieces by modern fashion photographers such as Arthur Elgort alongside predecessors Edward Steichen and Cecil Beaton. Here, many photographs from the Vogue archives are presented oversized within a fine art framework. Horst P. Horst’s iconic Balance shot is a stand-out and Financial Times fashion editor Jo Ellison noted, during her introduction at the preview evening, that the image graced the cover of Vogue, the red ball becoming the “O” of the magazine title.,

A favourite, Bathers by George Hoyningen-Huene is also on display. It is a captivating yet simple composition produced not by poolside as one would suspect, but within the studio. The photograph, modern for its day, reads with the contemporary aesthetic of today’s visual culture. Additionally, Bert Stern’s black and white portrait of French film actress Anouk Aimée and Edward Steichen’s veiled portrayal of Gloria Swanson make for a nice juxtaposition with Arthur Elgort’s sunny and very 1990s snaps of bikini-clad Kate Moss and Stern’s colorful iconic photograph of Twiggy.

Compositionally sound with saturated palettes, Louise Dahl-Wolfe’s Red Parasol and Sante Forlano’s New York City Girls create the ultimate commercial allure. The array of works on show spans vintage to contemporary, exotic getaways to city streets, black and white glamour to pop-culture vibrancy. The hand-selected showcase from the Conde Nast collection is worth catching a glimpse while represented in this context, and it’s not far from Vogue House itself. 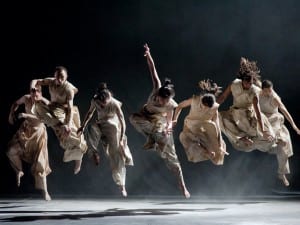 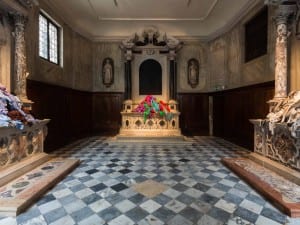