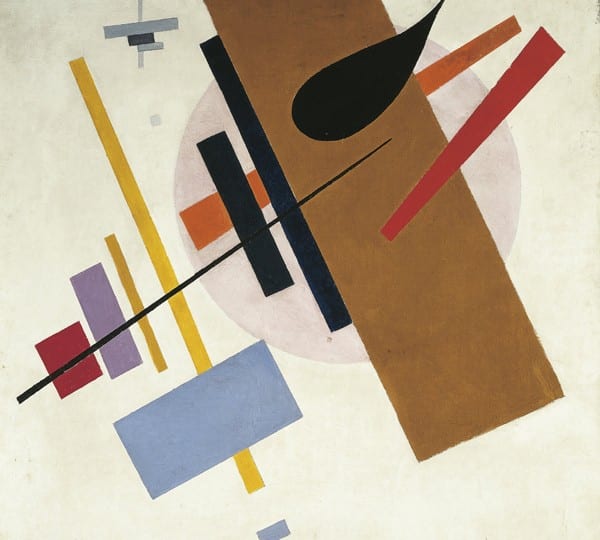 Kazimir Malevich (1879 – 1935) was one of the great innovators and explorers of European abstraction. He had a clear sense of the trajectory of style and purpose in the visual arts, and in his eyes, art had an exalted destiny in the modern world. Unlike the Russian artists of previous generations, Malevich could claim to be up to date with European painting: the pioneering collections of Moscow-based Sergei Shchukin and Ivan Morozov were fertile ground for him to study the most interesting avant-garde artists from Claude Monet to Henri Matisse. Accordingly his early work bears the heavy influence of successive styles – Impressionism, Symbolism, Futurism and Cubism. During the long years of his early career Malevich was devoid of an individual style that he could call his own, and his desperate search for one is all too palpable.

His breakthrough eventually came after working with collaborators who were not involved in the visual arts at all – the musician Mikhail Matyushin and poet Aleksei Kruchenykh. It was from a furious exchange of ideas over a short period of time that Malevich eventually unveiled his new aesthetic and spiritual culture of “Suprematism” at The Last Exhibition of the Futurists 0.10 (Zero Ten). The name of his movement was intended to convey the obsolescence of all previous forms of art and to point the way to an enlightened future. The year was 1915 and the artist was 36 years old. Such is the significance of Zero Ten to the career of the artist – and indeed of art history – that the layout is replicated at Tate Modern. Malevich’s painting Black Square was placed across the upper corner of the room, the very location in which, in Orthodox homes, an icon would be hung. Malevich’s work had an urgency and a clarity (not to say effrontery) that set him apart. Black Square became a manifesto in itself and the emblem of Malevich and his followers.

The artist did not pursue his adventures in abstraction much further – he got no more radical than his Suprematist phase, and as a result the three rooms of works made between 1915 and 1917 form the crescendo of this exhibition. The intention of Suprematist paintings was to overturn the traditional syntax of the visual and replace it with a new one based simply of form and colour, and realised in swarms of geometric shapes intersecting on a white canvas. In Malevich’s hands, this unpromising-sounding style is rendered with crystalline precision and – despite their small scale – they possess an operatic sweep and bombast.

What makes them all the more poignant is the awareness that Malevich’s nation was toiling beneath the weight of devastating and disastrous campaign in World War I. Russia would subsequently be pitched into the tumult and hell of a Bolshevik revolution followed by civil war, followed by collectivisation and cultural repression. In retrospect it might not be too fanciful to see in the depthless white of Malevich’s paintings the epic boundlessness of Russia’s snowscapes, upon which armies of various factions repel and consume one another in diagrammatic formations. Rather than symbolising a new dawn, Malevich’s Suprematist art symbolises the glorious sunset of the Russian avant-garde. 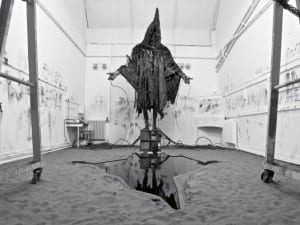 Almost a decade after the publication of the infamous Abu Ghraib-tortured prisoner images taken during the Iraq war, mac will this month be exhibiting a first major solo show from newly elected Royal Academician Tim Shaw. 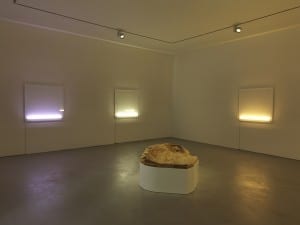